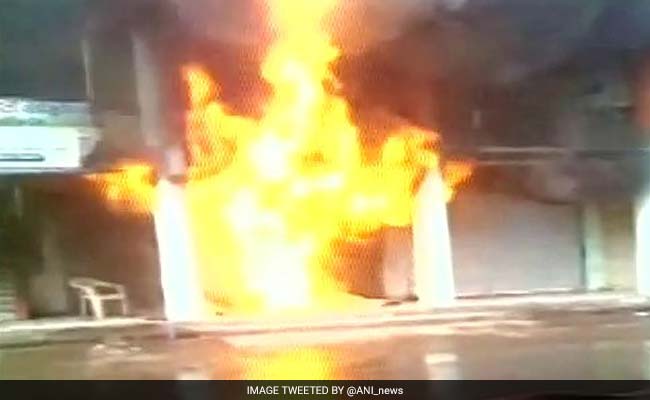 Gurgaon: A warehouse in Gurgaon in which fire crackers were stored was gutted in a major fire today, an official said adding that there was no loss of life in the incident.

The fire was noticed around 7 pm at the warehouse in the old city's main market, Sadar Bazar, a senior fire official said.

Despite efforts by the fire fighters to douse the flames, the warehouse -- housed in a three-storeyed building in the congested market -- was gutted.

Fire fighters initially found it difficult to reach the spot since the approach to the market has been constricted due to encroachments by traders.

A senior official said an inquiry will be held to ascertain how a fire crackers warehouse was set up in a highly congested market.

The cause of the fire or the financial loss incurred could not be known immediately.