Bhandara Festival: The Great Turmeric Festival Of Maharashtra You Must Know About 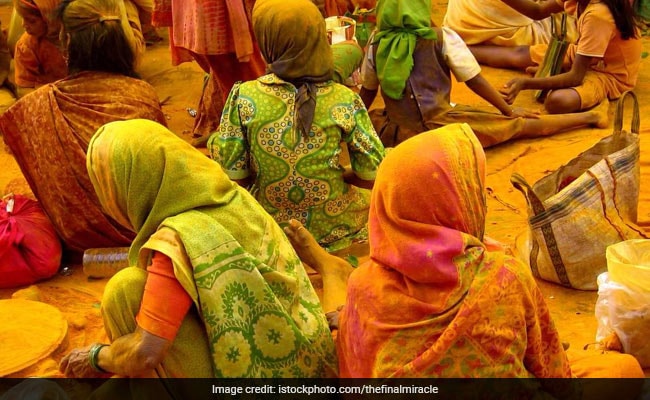 For the devotees at Jejuri, turmeric signifies gold

You may have heard of India being known as the land of colours and festivities. A small town in Maharashtra, actually lives up to the name every August, with whole lot of bright yellow turmeric thrown all around, and some energetic, singing and dancing. The Bhandara festival is celebrated with much fervor and enthusiasm amongst devotees of lord Khandoba, at the Khandoba temple in Jejuri, about 1.5 hours southeast of Pune in Maharashtra. The festival takes place on Somvati Amavasya- a new moon day that falls on a Monday. It usually happens two or three times a year. This year the Bhandara festival would be celebrated on 21st August 2017.

Lord Khandoba is a renowned folk deity who lived around 9th century A.D. Khandoba is popularly worshipped across Maharashtra and Karnataka. His temple in Jejuba is the most significant temple of all the temples he has across Maharashtra and Karnataka. He was believed to possess qualities of Lord Shiva and his wives: Mhalsa and Banai - who were honored as incarnations of Goddess Parvati and Ganga. He is a significant Kuldevta (Ancesteral God) worshipped in Maharashtra. He is also revered amongst the Dhangar tribe, herdsmen, shepherds, farmers and the nomads of the territory. His Idol is typically depicted with four arms, in one of which he holds a Bhandara-patra or the bowl of turmeric powder. Bhandara in Marathi means turmeric. Khandoba is worshipped with turmeric, belfruit-leaves, onions and other vegetables. Some deities also offer him puran poli - or a bharit rodga of onion and brinjal. Many devotees in different sects also rever the deity as a lover of non-vegetarian delicacies and offer goat flesh as one of their offerings. It is believed that a newly married couple must visit the Khandoba temple to celebrate their wedlock. Some of them also visit the temple when they want to make a wish for a child as Lord Khandoba is known to be the god of fertility among believers.

In the day -long celebration at the temple at Khandoba , devotees throw turmeric on each other and all around, filling the air and the skies in beautiful hues of golden. This is why the temple premises is called the 'Sonyachi Jejuri' which translates to 'The Golden Jejuri'. Devotees also chant and shout out hymns in praise of Lord Khanoba like 'Yelkot Yelkot Jai Malhar', 'Sadanandache Yelkot'. Lord Khanoba is also called Malhar for the immense power he possesses. Immersed in turmeric, devotees sing and dance invoking the deity in their prayers. The procession sees thousands of devotees waiting to touch the palki or palenquin, which carries the deity for a bath from the temple on the hill to the Karha River. On the auspicious day the Palki is taken from the main temple situated at the hilltop carrying the idols of Lord Khandoba and his wife Malsha for a holy bath in the river Karha. 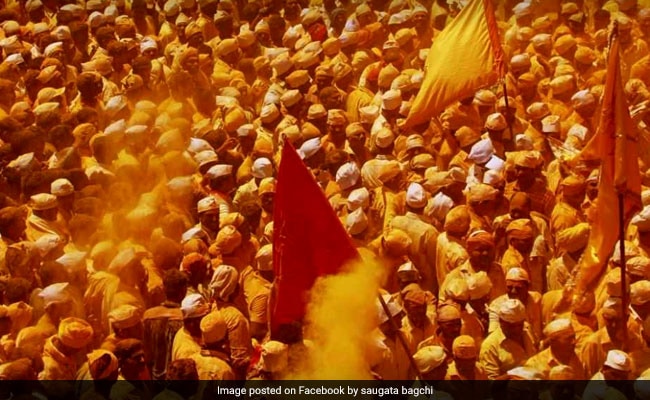 For the devotees at Jejuri, turmeric signifies gold. Therefore, throwing turmeric around symbolizes the gold and riches that Lord Khandoba should bless them with. Many also believe that the tradition emerged from the old Indian tradition of applying turmeric to the bride and groom on the eve of their wedding day as the festival celebrates the wedding ritual and great union of Lord Khandoba and his wife Malsha. Many take him to be one of the descendants of the Sun God Surya. Several paintings depict him riding a horse with a bowl full of turmeric powder just as the Sun God.

If you are around Pune, you must witness the grandeur of the festival. The Khandoba temple is about 1.5 hours southeast of Pune in Maharashtra. It is possible to visit it on a day trip from Mumbai if you are planning to go by car. Travel time could vary from four to five hours depending upon the traffic.