Yuvraj Singh Joins The Office India For 'Something Special'

"I have tried my hand at something that is fun and exciting. The curiosity about what I'm doing with The Office ends today," Yuvraj said. 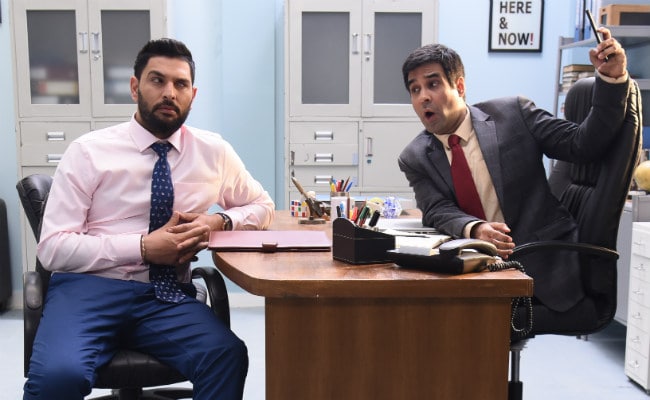 Yuvraj Singh and Mukul Chadda from The Office India

Former Indian all-rounder Yuvraj Singh got associated with Mukul Chadda-starrer series The Office for something special, and says shooting for it was "fun and exciting".

Yuvraj has attempted to do something 'exciting' for Hotstar Specials latest series The Office, read a statement.

"I have tried my hand at something that is fun and exciting. The curiosity about what I'm doing with Hotstar Specials new show The Office ends today," Yuvraj said.

"I've had a lot of fun shooting for something special with the cast of the show; and I hope people enjoy watching it - stream now to know more," he added.

A video featuring Yuvraj with the team of The Office was released on Saturday. In the video, he can be seen giving an interview to Mukul's character, and recalls his career in cricket. The tone of the video is comedic.

Yuvi Retires. Chaddha Hires. Will he take up the Wilkins Chawla Challenge? #TheOfficeIndia@YUVSTRONG12@mukulchadda@thegopaldattpic.twitter.com/DzJQ6pNJzG

The Office is an official adaptation of the international series. The 13-episode mockumentary chronicles the 9-to-5 lives of the employees at Wilkins Chawla as they navigate through their mundane routine that invariably gives rise to comical situations.