"It's stupid that we're even reacting to it," Deepika Padukone said about the trolling 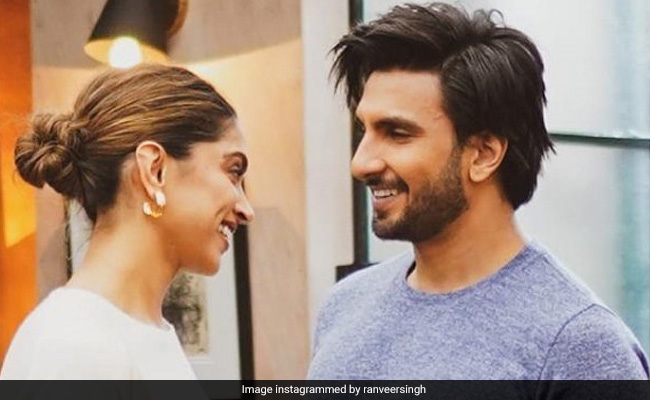 Deepika Padukone, asked about comments on whether she had husband Ranveer Singh's permission for the intimate scenes in Gehraiyaan, summed it up perfectly in these words: "Yuck! It just feels so stupid." The intimacy in Gehraiyaan, a film about the complexity of relationships, has been the talking point in promotions. Gehraiyaan examines the theme of infidelity and the film contains many intimate moments for which an intimacy director was present on set. In the inevitable trolling that followed, Ranveer Singh was invoked. Speaking to Bollywood Bubble, Deepika Padukone said she doesn't read comments and that it should be unnecessary to dignify regressive remarks with a response.

"It's stupid that we're even reacting to it. I think, for us, that's the most important thing. I don't read comments. I'm pretty certain even he doesn't. And, I think. Yuck! It just feels so stupid," Deepika Padukone told Bollywood Bubble. Apart from Deepika Padukone, Gehraiyaan also stars Siddhant Chaturvedi, Ananya Panday, and Dhairya Karwa.

During the interview with Bollywood Bubble, when Deepika Padukone was asked about Ranveer Singh's reaction to Gehraiyaan, she replied by saying that he is "extremely proud" of the film that they have made and also added, "he's extremely proud of my performance."

When the trailer of Gehraiyaan was released, Ranveer Singh had shared a still of Deepika Padukone from the movie and had praised her. He had captioned the photo as "Moody, sexy and intense!!! Domestic noir? Sign me up! All the favs @shakunbatra @ananyapanday @siddhantchaturvedi @dhairyakarwa, Naseer the Legend! & my babygirl lookin like a Fazillion buxxx @deepikapadukone produced by the sexiest of them all @karanjohar."

Gehraiyaan has been jointly backed by Dharma Productions and Viacom18 Studios in association with Shakun Batra's Jouska Films. The film will stream online from February 11 on Amazon Prime Videos.