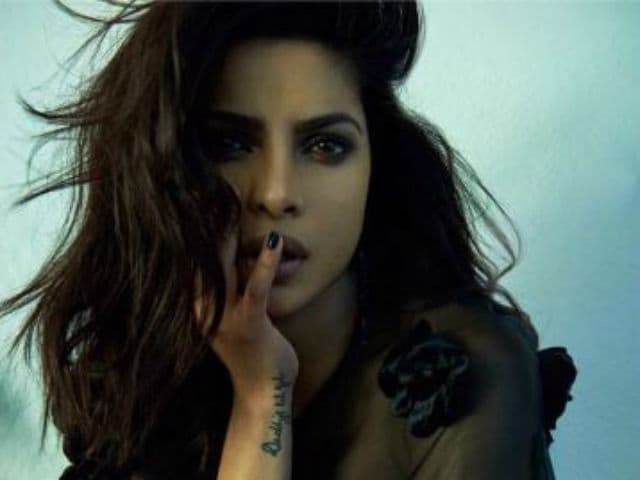 New Delhi: Actress Priyanka Chopra says she doesn't like to plan for the future but there's one thing she is sure about. She wants to be like her character in upcoming film Baywatch because she is a billionaire and... well, read on.

"She's a billionaire bitch on a beach wearing couture," she said, "I want to be her," Priyanka told marieclaire.com

The website also reported that the 34-year-old star's usual ensemble includes jeans, jackets and boots but she loves high fashion. "I will die in Chanel!" she said.

Priyanka may not be playing secret service agent James Bond anytime soon but she definitely had some conditions just in case.

"Depends on the part," she said. "She'd definitely have to be called Jane," Priyanka marieclaire.com.

Priyanka Chopra is currently shooting for TV show Quantico Season 2. She will also be seen in Season 15 of Project Runway with Heidi Klum and Baywatch which also stars Dwayne Johnson and Zac Efron.