You 'Can't Take The Vastu Shastra Out' Of Twinkle Khanna. Also, Katrina Kaif's Lucky Charm Is...

Twinkle Khanna spilled the beans on her lucky charm 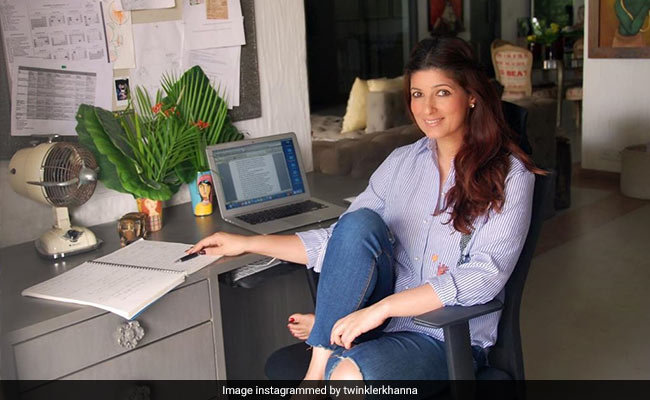 Besides being a best-selling author, Twinkle Khanna is an interior decorator. She runs the White Window Studio in Mumbai, which is why her obsession with Vastu Shastra (or the science of architecture) doesn't come as much of a surprise to us. As a part of Sonam Kapoor's promotional activity, several stars are revealing their lucky charms on their Instagram profiles. Mrs Funnybones spilled the beans on her lucky charm, which has to do with vastu shastra. In the video shared by Sonam Kapoor, Twinkle revealed that her lucky charm is a compass application on her phone, which gives her a sense of the right directions.

Twinkle says in the video, "My lucky charm is a downloaded compass app on my phone because I am in England and I went to see my son and as soon as I saw his dorm, I said, 'Betaji, is your head in the right direction?' So, I took out my compass and his head was in the north, which, according to Vastu means - major calamities, he might get eaten by flesh-eating bacteria (I am not quite sure). But I promptly changed his pillow and now I am happy." Twinkle signed off the video, saying, "You can take the woman out of India but you can't take the vastu shastra out of her."

Meanwhile, Katrina Kaif also revealed her lucky charm, who happens to be none other than her mother. The Bharat actress' lucky charm factor was two-fold. The first one is her mother. In the video, Katrina shared that every time she needs help, she calls her mother without a hint of doubt. Katrina's other lucky charm is that if she wants something, she imagines and believes how she would behave if she actually got what she aims for. Katrina said that she puts it in the universe. Since the video was about oodles of luck, Katrina signed off the video by wishing luck to Sonam Kapoor for the release of The Zoya Factor.

Mothers to the rescue ! Thank you @katrinakaif for sharing your lucky charm with us! #WhatsYourLuckyCharm #TheZoyaFactor

The Zoya Factor also stars Dulquer Salmaan, Angad Bedi, Sikandar Kher and Sanjay Kapoor and it is slated to release on September 20.