Yes, Salman Khan Is Suing KRK. No, It's Not Over His Review Of Radhe

"Kamaal R Khan has put out a series of tweets and videos alleging that Salman Khan has sued him for defamation because he reviewed the film, Radhe. This is incorrect," the statement on behalf of Salman Khan reads 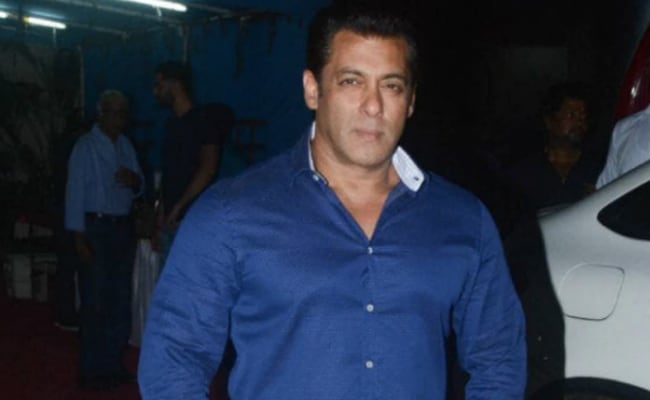 A file photo of Salman Khan.

Salman Khan's legal team has issued a clarification after a blizzard of headlines claiming that the actor is suing self-styled film critic Kamaal R Khan over his review of new film Radhe. There is indeed a lawsuit for defamation, the statement from Mr Khan's lawyers explains, but it has nothing at all to do with Radhe. Instead, Kamaal R Khan or KRK as he is known is being sued for alleging that Salman Khan is involved in fraud and money laundering through his NGO Being Human. KRK has spent months "spreading malicious falsehoods" as a way of seeking attention, Salman Khan's legal team claims.

The statement on behalf of Salman Khan reads: "Kamaal R Khan has put out a series of tweets and videos alleging that Salman Khan has sued him for defamation because he reviewed the film, Radhe. This is incorrect. The suit has been filed as the defendant has been publishing and endorsing defamatory allegations, including that Salman Khan is corrupt, that he and his brand "Being Human" are involved in fraud, manipulation and money laundering transactions, that he and Salman Khan Films are dacoits. The Defendant has been spreading malicious falsehoods and defaming Salman Khan consistently over several months, clearly with a view to draw attention to himself." Mr Khan's legal team also said that KRK's lawyer told a Mumbai court today that his client will not post any "remarks of defamatory nature" against the actor till the next court date.

The Salman-KRK controversy blew up in the last two days after KRK tweeted a picture of the legal notice he received from the actor's team, claiming that he was being sued for his unflattering review of Salman Khan's new film Radhe - the legal notice itself made no mention of this. KRK followed up with several tweets which framed the narrative as one in which his review of Radhe had rattled Salman Khan to the point of a lawsuit; KRK even tweeted to Mr Khan's father, writer Salim Khan, pleading dramatically for the lawsuit to be dropped and promising not to review any more films by the actor.

The comments thread on KRK's tweet are filled with sceptical responses - several express utter disbelief that Salman Khan was suing KRK because of his review and proposed that the actor was in fact suing him for actual defamatory content, pointing out that many of KRK's posts unfairly target Salman Khan. KRK, who appeared in 2008 film Deshdrohi, has gone after several celebrities in the past, most of whom ignore him.