Yes, Aamir Khan Will Work With Sunny Leone. He Tweeted, She Replied 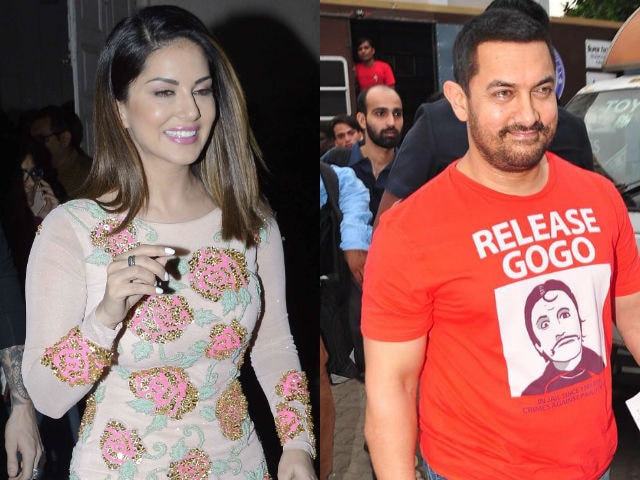 New Delhi: Let it be known that actor Aamir Khan, who was invoked in a TV interview currently making headlines, will happily work with Bollywood actress Sunny Leone, whose adult film past was made the focus in an interview widely criticized as unfair and judgemental.

Aamir Khan, 50, posted this message for Ms Leone on his Facebook page and Twitter account: "I think Sunny conducted herself with a lot of grace and dignity in this interview.... I wish I could have said the same about the interviewer. And yes Sunny, I will be happy to work with you. I have absolutely no problems with your "past", as the interviewer puts it. Stay blessed. Cheers. Aamir"

The actress thanked Mr Khan in these tweets:

I think my heart just dropped seeing this!! Thank you so much for the support. It means the world and beyond to me! https://t.co/ayZmahPcIr

Sunny Leone, who stars in next Friday's release Mastizaade, has won support on social media after the interview, which has been criticized for suggesting she should be ashamed of and apologise for her past. "You think Aamir Khan would ever work with you?," she was asked. (Also Read - Sunny Leone Won't 'Disown' Her Past: Full Transcript of Walk The Talk)

Ms Leone, 34, responded by saying that he probably wouldn't, but that the question ought to be put to the actor himself rather than her.