Woody Allen Describes Daughter's Claim He Molested Her As 'Discredited'

"Even though the Farrow family is cynically using the opportunity afforded by the Time's Up movement to repeat this discredited allegation, that doesn't make it any more true today than it was in the past," said Woody Allen 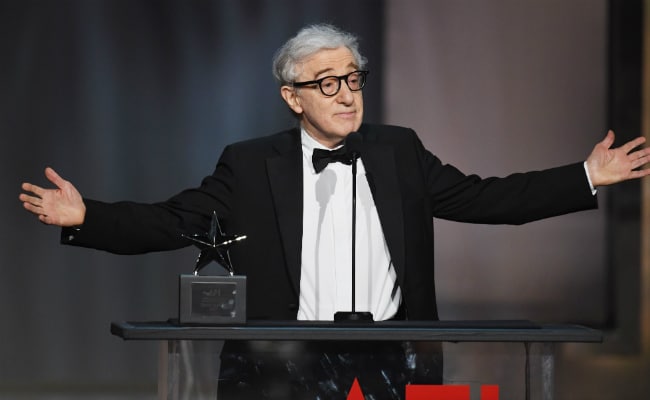 Washington: Woody Allen on Thursday issued another denial of child molestation, accusing his ex-lover's family of "cynically" jumping on the Time's Up movement in Hollywood to repeat a "discredited allegation." The legendary American film director issued the statement after his estranged, adopted daughter Dylan Farrow revived allegations that Allen sexually assaulted her as a seven-year-old girl, with her first full television interview broadcast on CBS television Thursday.

"Even though the Farrow family is cynically using the opportunity afforded by the Time's Up movement to repeat this discredited allegation, that doesn't make it any more true today than it was in the past," said Allen, 82, in a statement sent to AFP.

"I never molested my daughter -- as all investigations concluded a quarter of a century ago," he added.

Farrow's claim first surfaced a quarter of a century ago in the wake of her mother's bitter split from Allen, who ran off in 1992 with his lover's adoptive daughter from a previous marriage, Soon-Yi Previn, 21 years old at the time.

The famed director of more than 50 movies, winner of four Oscars and showered with awards in Europe, has always denied the allegations and has continued to enjoy a glittering career.

But the sexual harassment firestorm that has brought down Hollywood titans such as Harvey Weinstein and Kevin Spacey has fueled a growing backlash against Allen, with a growing number of actresses announcing they regret working with him.

Allen said Thursday that the alleged molestation had been "thoroughly investigated" by the Child Sexual Abuse Clinic of the Yale-New Haven Hospital and New York State Child Welfare and that both "independently concluded that no molestation had ever taken place."

"Instead, they found it likely a vulnerable child had been coached to tell the story by her angry mother during a contentious breakup," he said.

A New York judge who presided over the 1994 custody battle between Allen and actress and activist Mia Farrow ruled that the abuse allegations were inconclusive, but at the same time lambasted the director as "self-absorbed, untrustworthy and insensitive."

Dylan's older adopted brother Moses said he had witnessed their mother, Mia Farrow, "relentlessly coaching Dylan, trying to drum into her that her father was a dangerous sexual predator," said Allen.

"It seems to have worked -- and, sadly, I'm sure Dylan truly believes what she says," he added.


(Except for the headline, this story has not been edited by NDTV staff and is published from a syndicated feed.)
Comments
Woody AllenWoody Allen allegations