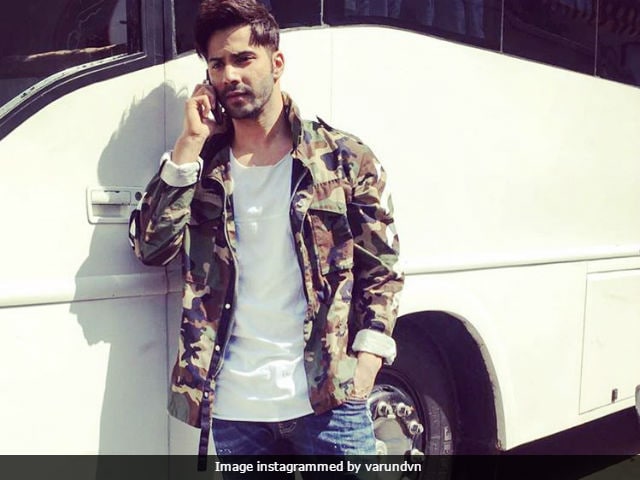 Varun will next feature in Judwaa 2 (Image courtesy: varundvn)

New Delhi: On the occasion of International Women's Day, Varun Dhawan shared the 'perfect' formula all the ladies on social media. The 29-year-old actor posted a picture from his upcoming film Badrinath Ki Dulhania, captioned: "Here's the perfect women's day formula. I want to tell all the women to be happy everyday cause they deserve to(sic)." From Amitabh Bachchan to Shah Rukh Khan, several celebrities shared posts on women empowerment on social media. Varun Dhawan's Dilwale co-star also shared a powerful message on women's day. Through her message, the 26-year-actress highlighted how women are still subjected to discrimination in the society.

Here's the perfect women's day formula. I want to tell all the women to be happy everyday cause they deserve to

Badrinath Ki Dulhania is slated to release in theatres on Friday. Varun Dhawan and Alia Bhatt are currently busy promoting their upcoming film across India. The Badlapur actor will be portraying the role of Badrinath Bansal in the film. Badrinath has found his suitable girl in Vaidehi, played by Alia Bhatt, but she refuses to consider him as her suitable man.

Promoted
Listen to the latest songs, only on JioSaavn.com
The film has been produced by Karan Johar under Dharma Productions and directed by Shashank Khaitan. Alia Bhatt and Varun Dhawan will be seen sharing the screen space for the third time in this film. They have previously worked together in films such as -Student Of The Year and Humpty Sharma Ki Dulhania.

Varun Dhawan, who was last seen in 2016 movie Dishoom along with John Abraham, will next feature in Judwaa 2. The film, which is being directed by David Dhawan, also features Taapsee Pannu and Jacqueline Fernandez in lead roles.