Women's Day 2021: "The real job will be done when we actually make our country safe for women," wrote Varun Dhawan 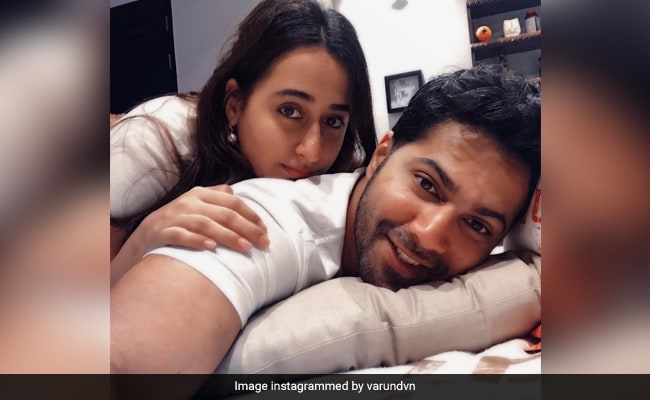 Varun Dhawan's post on International Women's Day is special in many ways. The actor, on Monday evening, shared a set of pictures, in which he can be seen happily posing with his wife Natasha Dalal, his mother Karuna and his sister-in-law. The actor, who got married to Natasha Dalal earlier this year, accompanied his post with a powerful message that read: "Happy women's day. Bharatiya naari sab pe bhaari. It's great that we all post pictures on social media and make this day special but the real job will be done when we actually make our country safe for women because each woman is someone's wife, mother or sister."

Varun Dhawan married Natasha Dalal in an intimate ceremony in Alibaug on January 24.

The actor had confirmed dating Natasha, who is a designer, on the sixth season of Karan Johar's talk show Koffee With Karan, where he had said, "I am dating her and we are a couple...I plan to marry her." In December, while talking to Varun on her radio show What Women Want, Kareena Kapoor called Natasha Dalal his "fiancee," confirming that the duo got engaged last year.

Varun Dhawan is currently filming Bhediya in Arunachal Pradesh. The film that also features Kriti Sanon is slated to release in April 2022.

Varun Dhawan, son of filmmaker David Dhawan, made his debut in Bollywood with Karan Johar's 2012 film Student Of The Year. His film credits include Badlapur, Dilwale, Sui Dhaaga, Humpty Sharma Ki Dulhania and ABCD 2. He was last seen in his father's remake of Nineties hit Coolie No 1 and Jug Jugg Jeeyo is one of his upcoming projects.