"I believe through this movie and my character, who according to the scripts have stayed here for a while, we will be able to project this place's beauty and culture," said Kriti Sanon 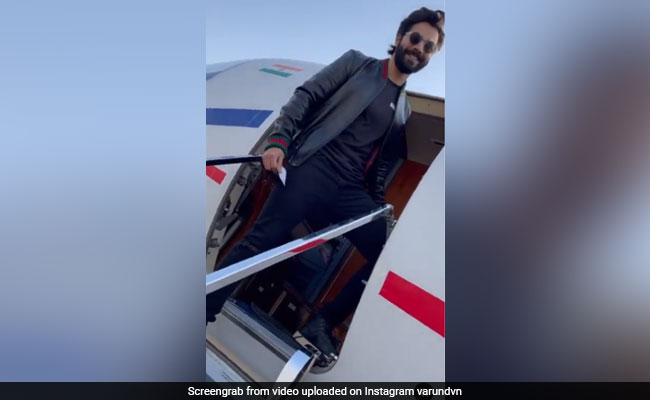 Varun Dhawan checked into Arunachal Pradesh like this. (courtesy varundvn)

Varun Dhawan and Kriti Sanon are busy going places. Their next stop is Arunachal Pradesh. The actors flew to the state earlier this week for the shooting of their forthcoming project Bhedia. The actor added that he would like to "invite" his colleagues to the state, adding "how easily Arunachal is accessible and how easy it is to shoot here." Varun Dhawan, who will be shooting in the regions of Ziro (Lower Subansiri), Sagalee (Papum Pare) and parts of Pakke Kessang district over a span of two months, said in a statement, "I want to promote Arunachal Pradesh 100 per cent not only because of its picturesque topography but for its people and the talent the youths here possess."

Meanwhile, the film's lead actress Kriti Sanon stated that this is her first visit to the northeast. She said, "I have only seen this place through pictures and I was very excited about this project. On our way, I've seen the sunset here and it easy, beautiful." She added that there is a lot more to the place than its "scenic beauty." She added, "Besides the scenic beauty, this place is very peaceful and people are warm and I believe through this movie and my character, who according to the scripts have stayed here for a while, we will be able to project this places beauty and culture."

The film's director Amar Kaushik said that shooting for the film brings back a plethora of memories as he grew up in places like Roing, Shantipur, Seijosa, Itanagar and Bhalukpong. "We are very happy to be here," said the film's producer Dinesh Vijan. The film is slated to release in April 2022.

The film has another Arunachal Pradesh connection as over 70 percent of the artists in Bhediya are from the state, including a lead character, named Jomin. Besides that, Arunachal rapper K4 Kheko will also feature in the film. He has also sung and written the lyrics for the theme song of the film.

Chief Minister Pema Khandu, speaking of the makers' decision of choosing the state as the ideal location for their film, said, "Pleased to meet Bollywood Star Varun Dhawan and Kriti Sanon and their team during their call on. They are in Arunachal to shoot for the movie Bhediya. Happy to know they are enjoying their time here and are keen on promoting Arunachal as popular film destination."