With An Intense Workout, Sanjay Dutt Proves "Age Is Just A Number"

"Exceed your expectations because age is just a number," wrote Sanjay Dutt 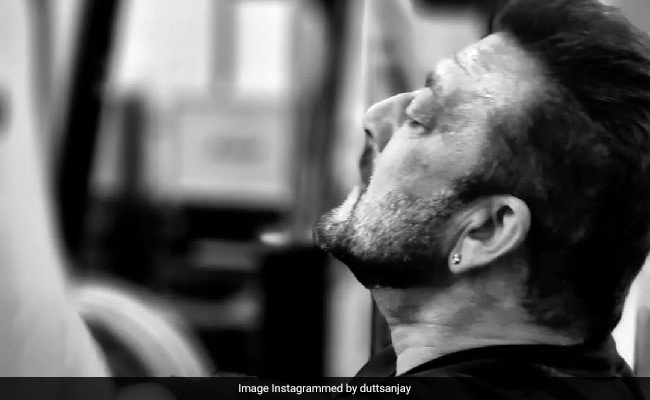 Sanjay Dutt, through his latest workout photo, has proved that age is just a number. At 62, Sanjay Dutt is working hard in the gym and is prepping for his upcoming roles. Dressed in black, Sanjay Dutt's gym photo is going viral and the actor has captioned it as "Harness your power! Exceed your expectations, because age is just a number. #duttstheway." Sanjay's daughter Trishala Dutt commented, "You look amazing Papa Dukes. love you," followed by kissing emojis. Fans also filled the comment section with praise. One wrote, "Great sir, khalnayak." Another one commented, "@duttsanjay Aye Hayee ... Baba Aap Kamaal Ho ... Bole Toh Ek Dum Jhakaas," followed by an array of red heart emojis.

A few days back, Sanjay Dutt had shared another photo from his workout, which was captioned as "In the valley of death only god I fear, happy to be back in the place I belong my gym my den, never give in." Trishala Dutt had commented, "You look SO good Dad. I love you to the moon and back." Sanjay's best friend Paresh Ghelani had commented, "My Brother !! And we shall say it again; a bit broken, a bit beaten, a bit tired BUT 'Never Give In'. Admire your spirit and your tenacity to fight all challenges comes your way and embrace all the good times equally. Despite of Having witnessed many times one would think eventually you would ride it out but then yet again seeing you take the bull by the horn, must bow down and admire you for motivating us yet again !! Love you brother !!"

On the work front, Sanjay Dutt will next be seen in KGF: Chapter 2, co-starring Yash and Raveena Tandon. The multilingual film is slated to release on April 14 and Sanjay will be seen as an antagonist. Next, he has Shamshera, with Ranbir Kapoor and Vaani Kapoor.