Will The Real Priyanka Chopra Please Stand Up? See Pic She Posted 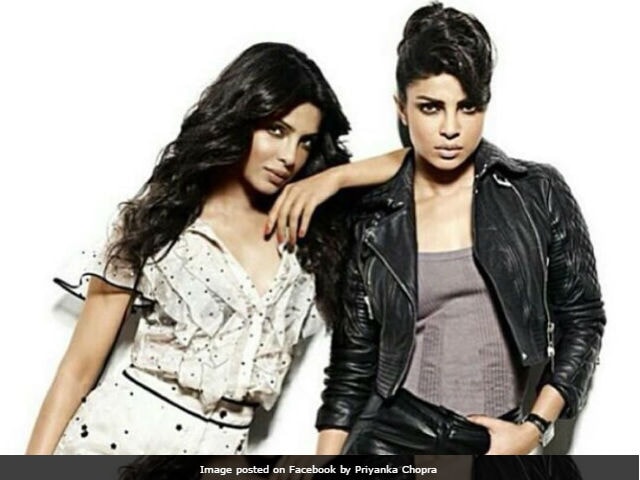 New Delhi: Have you seen the picture Priyanka Chopra recently shared on Facebook yet? Well, it's worth it (twice). The actress is in USA, filming the second season of American television show Quantico, in which she plays the lead role. On Friday (in India), she shared a picture and captioned it: "So... I got me for life... #TBT." It seems, Priyanka was in a mood to have some fun with her fans and she did that quite neatly. Meanwhile, the 34-year-old actress has also been appointed as the jury member of the Tribeca Film Festival, said Hollywood Reporter. Priyanka will judge the documentary and student visionary competitions.


Priyanka will next be seen in her Hollywood debut Baywatch, which co-stars Dwayne 'The Rock' Johnson and Zac Efron. The actress, as reported by news agency IANS, will be coming to India for a 10-day break, before she begins the promotions of Baywatch in USA.

Watch the trailer of the film here:

Promoted
Listen to the latest songs, only on JioSaavn.com
Recently, the actress' debut Marathi production, Ventilator, won three awards in the 64th National Film Awards, including the Best Director for Rajesh Mapuskar. Speaking about juggling between India and USA for her work commitments, the actress told IANS, "I am extremely hands-on. I am a control freak. Nothing moves without me knowing, especially creatively. It does get difficult as I've to get someone to fly down the hard drives of the films to me or I've to sit in the middle of the night and talk to the directors when the edit is happening. I guess, because I am an actor and producer, I am more creatively involved."