"Will Be Back, Not Too Soon": Hazel Keech Is On A Break From... Relax, Not Yuvraj Singh

"Wish me luck in the real world," wrote the actress 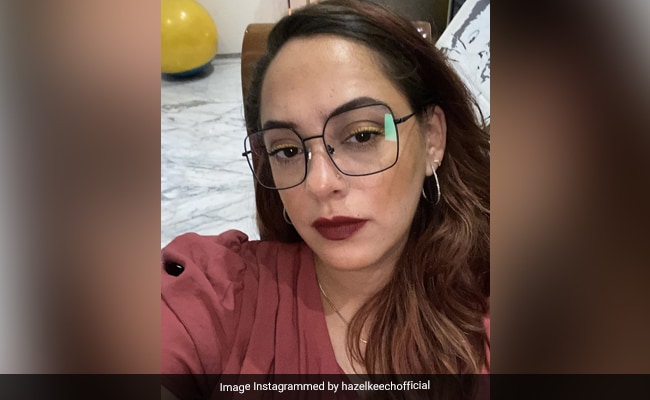 Hazel was MIA from social media in 2019 too but at that time, she underwent nose surgery. She revealed in an Instagram post that she stayed away from social media as she had gained weight post her surgery. "I've not posted in a while so I thought I would fill you in on where I've been hiding (those of you who were wondering)...A month ago, I had a surgery to fix my nose - for as long asIi can remember I've struggled to breathe through my nose, although not a serious health issue, a chronic one that I just learnt to live with...Due to the surgery, I've not been active or able to exercise yet, so I've put on some weight hence staying away from social media!" read an excerpt from her post.

Hazel Keech, who initially worked as a model in TV commercials, made her acting debut in the Indian film industry with the 2007 Tamil movie Billa. Her first Hindi film was Salman Khan's Bodyguard. She has also appeared in song sequences in films such as Maximum, Dharam Sankat Mein and Baankey Ki Crazy Baraat, as well as in a couple of TV reality shows.

Hazel Keech and Yuvraj Singh got married in November 2016.