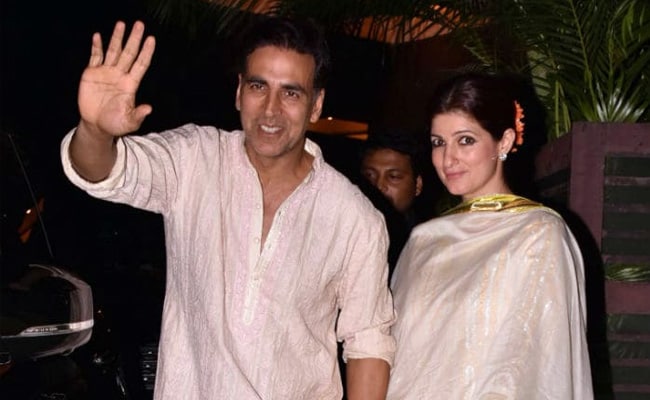 Fancy a cup of coffee brewed by Akshay Kumar? Umm... we think we'll pass after reading Twinkle Khanna's post. The 45-year-old author wrote a post about her daily coffee fix and also attached a photo of what appears to be Akshay Kumar holding a cup of espresso. One look at the coffee cup and one can easily tell Akshay has brewed a strong, rather very strong caffeine fix. Twinkle, who clearly prefers a regular dose of coffee though the day, explained why she never asks Akshay to brew some for her: "Writers need caffeine almost as much as pencils require graphite. But... this is the reason why I have never asked him to make a cup of coffee for me again!"

This is not every one's cup of coffee for sure:

Writers need caffeine almost as much as pencils require graphite:) But..this is the reason why I have never asked him to make a cup of coffee for me again! #throwback #writerswoes

Akshay Kumar's culinary skills often find mention in Twinkle Khanna's Instagram posts. For the uninitiated, Akshay worked as a chef and waiter in Thailand before he switched his line of profession to become to an actor. Twinkle and Akshay's teenaged son Aarav is also a "trained" cook by now: "Father and son busy making souffle and layered white chocolate mousse for our dinner guests. I have trained my boys well."

The couple's daughter Nitara also tries to help in the kitchen but ends up creating "double trouble": "A holiday for her = double the work for me."

Meanwhile, Twinkle Khanna is all of us when it comes to eating-first vs posting-on-Instagram-first.

When you want to eat and your friend insists you wait so that the meal can be served on Instagram first :) #petpeeve

Actress-turned-author Twinkle Khanna currently sports many hats - she's a best-selling author, a columnist, an interior designer and also a producer.