Why Salman Khan 'Won't Be Able To Write An Autobiography' 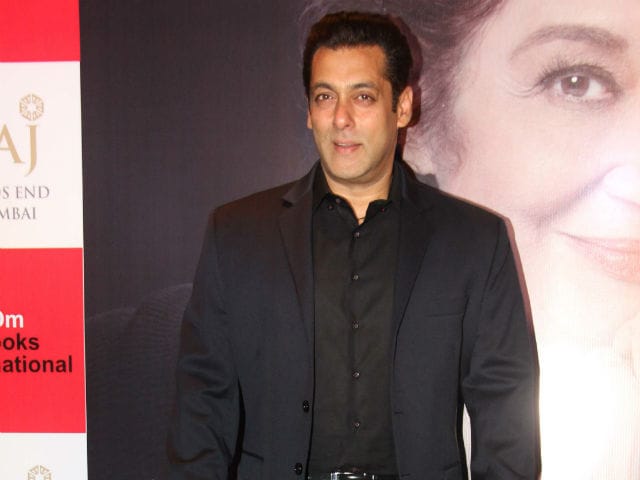 Salman Khan photographed during the launch of Asha Parekh's autobiography

New Delhi: Superstar Salman Khan, who on Monday night, launched veteran actor Asha Parekh's autobiography The Hit Girl, said that he wouldn't be able to write a book on his life, reports news agency IANS. "Writing an autobiography, unveiling life story is very tough, I won't be able to write one," the 51-year-old actor said. He further added that veteran actor Dharmendra would be able to understand him better. "I think Dharam ji (Dharmendra) will understand why," Salman told IANS. Salman Khan is the man behind some of Bollywood's blockbuster films like Bajrangi Bhaijaan, Sultan, Ek Tha Tiger and Dabangg franchise. He is one of the most profitable actors of the film industry. Sultan was one of the highest-grossing films of 2016 after Aamir Khan's Dangal.

The forward of Asha Parekh's book has been written by Salman, who has written the forward of The Hit Girl told IANS, "I don't think I deserve to be here but feeling really honoured as Asha aunty is very dear to our family."

Expressing gratitude towards Salman for his contribution to The Hit Girl, the 74-year-old actress told IANS, "When the idea came if I should go for an autobiography, questions came to my mind. However, I speak the truth in my book; I tried to be honest without sensationalising anything. I am thankful to all the people who supported me in film industry and my fans to keep showing their interest in my work and life."

Born to scriptwriter Salim Khan and Sushila Charak, Salman Khan debuted in 1989 with Biwi Ho To Aisi. Sooraj Barjatya's Maine Pyar Kiya, proved to be his breakthrough films. This year, he will be seen in Tubelight and Tiger Zinda Hai, a sequel to his 2012 hit film Ek Tha Tiger, opposite Katrina Kaif.

Promoted
Listen to the latest songs, only on JioSaavn.com
Salman Khan is rumoured to be dating Romanian TV presenter Iulia Vantur.