"When it comes to the genre of romance, it is always beautiful to see a fresh pairing," said Shoojit Sircar 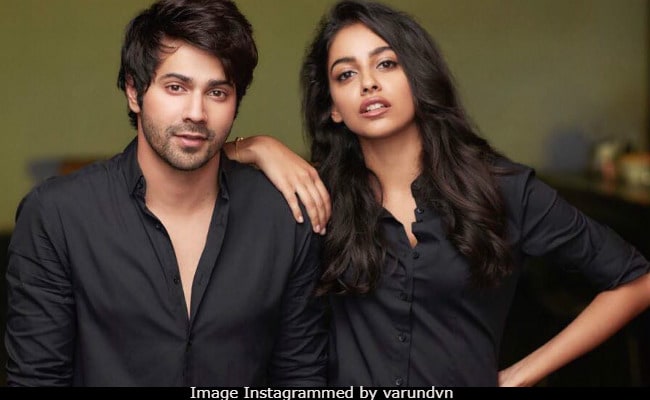 New Delhi: You may have seen her in a cute Doublemint advert previously but she's still a fresh face for the big screen and that's precisely the reason why Banita Sandhu has been zeroed in for Shoojit Sircar's October. Banita Sandhu is cast opposite Varun Dhawan in the movie, which is slated to release in April. A day after the movie wrapped in Manali, the director said: "I'm very happy with her performance as an actor," explaining why Banita is a perfect fit for the role. "When it comes to the genre of romance, it is always beautiful to see a fresh pairing," said Mr Sircar, adding: "Something about seeing their chemistry blossom through the reels of the film, makes you feel a part of their journey from the very beginning."

"For October, that was one of the main reasons why I chose Banita for the lead role opposite Varun. She had acted in one of my earlier commercials; the ad not just turned out to be really good but we also found the character that we were looking for in her," said Shoojit Sircar.

Shot in Delhi and Himachal Pradesh, October took some 38 days to be filmed and wrapped much ahead of schedule. This is what Varun tweeted: "October wraps in November. Will release in April and will stay with you forever." So sweet.

#October wraps in November. Will release in April and will stay with you forever. pic.twitter.com/sedfWsqZGB

Earlier, this is how Varun introduced his 'October girl':

Promoted
Listen to the latest songs, only on JioSaavn.com
October is Mr Sircar's first project with Varun and he already has good things to say about the Judwaa 2 actor. "I think Varun is very bright. He is trying to open up to different genres. Actors should keep exploring different genres, stories and directors. At the end of the day, you have to challenge yourself and Varun does just that," the director said.

October will arrive in theatres on April 13 next year.