Model Banita Sandhu will debut opposite Varun Dhawan in October 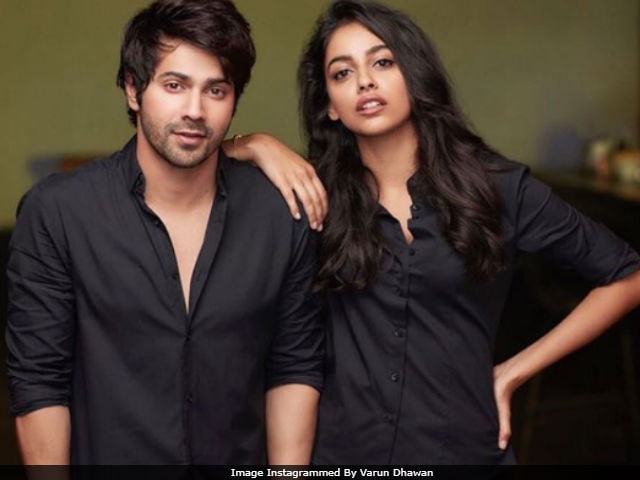 New Delhi: Finally, actor Varun Dhawan introduced his October co-star on social media. Model Banita Sandhu will debut opposite Varun October, their upcoming film. A couple of days ago, Varun, 30, posted a picture of himself from a photoshoot with the 'October girl' posing behind him but did not reveal who she was. Last night, the actor Instagrammed a picture with Banita, with the caption that read, "Here's the October girl." The love story is directed by Shoojit Sircar. Banita Sandhu has reportedly worked with Mr Sircar in various commercials. October goes on floors this month. Here's the picture of Varun and his 'October girl.'

Of casting Banita in October, Shoojit Sircar told Hindustan Times, "Everybody loved Banita in a commercial that I had directed. While I was shooting the ad film, Juhi (Chaturvedi, writer) and I were also working on the script (for this film). So, one day, I clicked a picture of Banita and sent it to Juhi saying, 'She has the potential to fit into the character that we are looking at'."

She is the #October girl I was looking for #soojitsircar #ronnielahari

Promoted
Listen to the latest songs, only on JioSaavn.com
October is Varun Dhawan's first film with Shoojit Sircar, who has made movies like Vicky Donor, Madras Café and Piku. "I have been an ardent fan of Shoojit da's work and have always wanted to work with him. October is a beautiful story in which I play a character with many layers. It's a difficult character to play. I just want to surrender to my part and show people a new side of me. Shoojit da, Ronnie (Lahiri) and Juhi have always made good cinema I feel I feel grateful to join their team," Varun earlier said.

Varun Dhawan is now prepping for the release of Judwaa 2.