Why Lisa Haydon Thinks Raising Sons Should Be An "Olympic Sport"

Lisa Haydon shared a photo of her son on Instagram, along with a cheeky caption 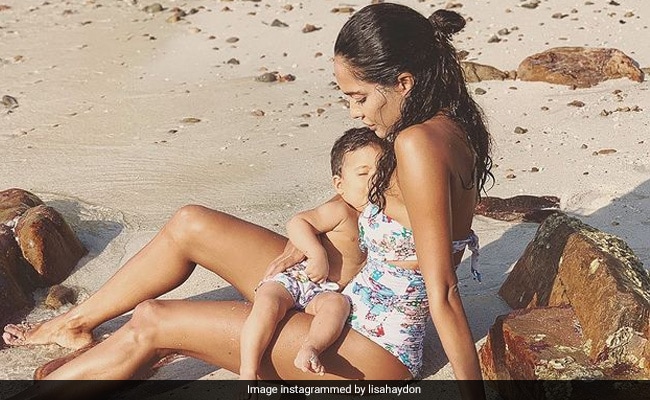 Lisa Haydon is one woman who is unafraid to talk about the joys and challenges that come with motherhood. The supermodel and actress has always been candid about her pregnancy stories. As a mother of three, Lisa Haydon often talks about her journey as a mom who is discovering new things each day. On Wednesday, the actress had an interesting thought on motherhood and this one is sure to make you laugh out loud. In a post that features her younger son, Leo playing in the bathtub, Lisa wrote about how difficult it was to train boys to “pee straight”, even comparing it to an Olympic sport.

Sharing the picture that is sure to melt a few hearts, Lisa Haydon wrote, “Raising boys to pee straight should be an Olympic sport.” The humorous tone continued even in her hashtags that said: “Deep mom thoughts”,  “2024 for the win” and “Sharpshooters”.

Lisa Haydon's Instagram timeline is filled with adorable pictures of her children. The images, which are a treat for sore eyes, have fans asking for more. A week ago, the Queen actress shared a photo of herself on a walk with her newborn daughter strapped around her body, in Hong Kong. Sharing the image, Lisa Haydon wrote, “Sunset walks with Roo.”

And, we cannot get over this picture of Lisa Haydon and her son's silhouette on a wall as they share a lovely moment together.

A few weeks ago, Lisa Haydon spoke about why she had stayed away from Instagram for a short while. The star confessed that things had gotten quite overwhelming after her third child. She wrote, “So I've been away from Insta for a while now, here's my best attempt at a catch-up post…Things can feel pretty extra after having a baby. A lot of it is probably hormones. Two under two and three kids in four years has been truly humbling. I don't mean humbling in the way I've heard ppl say after winning an Oscar, lol. But humbled in an, I feel incapable kind of way.”

Lisa Haydon has been married to Dino Lalvani since 2016. They have three children; Zack, Leo and Lara. Lisa is known for her work in movies such as Queen, The Shaukeens, Ae Dil Hai Mushkil, Rascals and Housefull 3. She has also appeared as a judge on the television show Top Model India.