Why Hrithik Roshan And Tiger Shroff Won't Promote War Together 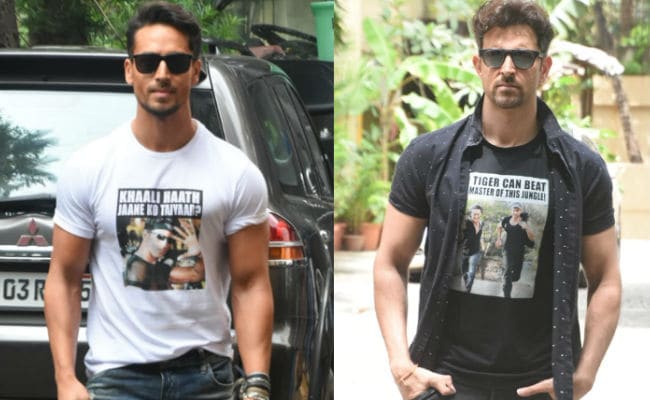 Actors Hrithik Roshan and Tiger Shroff are promoting their upcoming film War in full swing but there's a catch - they won't share the same platform during the promotional gigs, reported news agency IANS. It's a part of director Siddharth Anand's plan, who wants the audience to witness Hrithik and Tiger's face-off on the big screen when War will open in cinemas. He told IANS, "War pitches two of the biggest action superstars in this huge showdown and we want audiences to see Hrithik and Tiger together, for the first time, only on the big screen. We want to hold the magic of seeing them going after each other and increase the anticipation for the movie. Hrithik and Tiger have fought each other mercilessly and we wanted to translate this on-screen rivalry into an off-screen conversation point. They will not share the same stage during the promotions of the film."

However, Tiger and Hrithik Roshan's onscreen 'War' has spilled over to their promotional duties. Hrithik and Tiger's t-shirts for their respective promotional outings are customised to troll each other (of course, it was all in jest). It started with Tiger and Hrithik spoofing each other's superhero filmsA Flying Jatt and Krrish, respectively. Next, Tiger Shroff was spotted sporting a t-shirt, which pulled Hrithik's debut film Kaho Naa... Pyaar Hai into the game. Hrithik Roshan then stepped out wearing a t-shirt showcasing a scene from Warand it read, "Tiger can beat master of this jungle." Tiger Shroff and Hrithik Roshan photographed during the promotions of War.