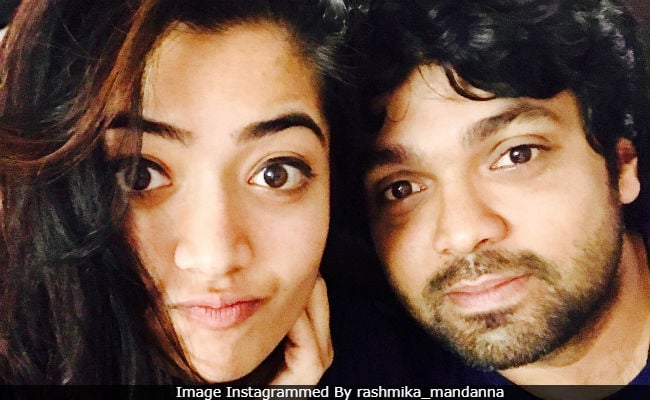 Kannada actress Rashmika Mandanna called off her engagement with Rakshit Shetty over "compatibility issues" between the two families, Deccan Chronicle reports. Rakshit is also a Kannada actor and the couple first met on the sets of their 2016 film Kirik Party. The Deccan Chronicle report states that Rashmika, who was getting good Telugu and Kannada projects, apparently chose to concentrate more on Telugu industry, which appear to have soured things between them. They got engaged last year in July. "Rashmika made the decision after consulting with her parents, family elders and friends. It was a tough decision to make, but she is showing a lot of character in overcoming this personal and emotional setback. She has been receiving some exciting offers in Telugu and Kannada, and she wants to cement her place in both the industries," a source told Deccan Chronicle.

Kirik Party was Rashmika's debut film. It was written by Rakshit. Besides Kirik Party, she is known for Kannada films like Anjani Putra and Chamak.

Till now, neither Rashmika nor Rakshit have confirmed the reports. While Rakshita's Instagram still has some pictures with Rakshit, he appears to have deactivated his social media accounts.

This is not love.. b'cz love is perfect!! and we are just not perfect..we have so many flaws..But this..is just the two of us..two different souls who have searched for each other.. to teach each other about life..about everything..and I think we are each other's best teachers b'cz the things I've learned from you I would not be willing to learn from anyone else.. This is something greater..much greater..we have our differences.. which annoys each other..but I'd rather be annoyed by you than anybody else..and so I love you..

Rashmika Mandanna is currently basking in the success of her Telugu film Geetha Govindam, her film opposite Arjun Reddy star Vijay Devarakonda. She has Comrade in the pipeline, in which she plays a cricketer.