Why Chiranjeevi's Comeback Film Khaidi No 150 Is Trending 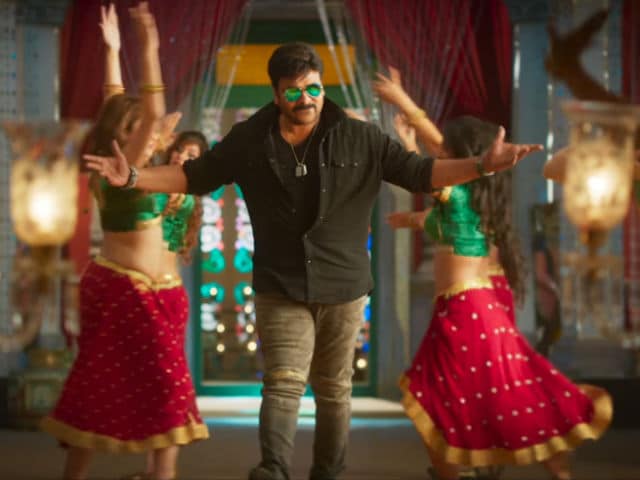 New Delhi: Chiranjeevi fans, rejoice. The Telugu superstar is all set to make a comeback with his upcoming film Khaidi No 150. After the 46-second-long teaser that was launched last week, the first song of the film Ammadu Let's Do Kummudu was unveiled on Sunday. The teaser has so far as clocked 5 million views on YouTube and the song, featuring Chiranjeevi and co-star Kajal Aggarwal, has sent social media into a mini meltdown. The title Khaidi No 150 indicates that this is Chiranjeevi's 150th film. The 61-year-old star's last film as a lead actor was Shankar Dada Zindabad in 2007, the Telugu remake of Sanjay Dutt's blockbuster film Lage Raho Munnabhai.

Video: Watch the song Ammadu Let's Do Kummudu from Chiranjeevi's Khaidi No 150 here

With Khaidi No 150, Chiranjeevi is returning to films after a nine-year-long gap. The film also stars Kajal Agarwal and Shriya Saran in the lead roles and will release on January 13. The Telugu action drama is directed by V V Vinayak and features Chiranjeevi in a double role while Tarun Arora, best known for his work in Jab We Met, plays the antagonist.

Chiranjeevi's son, actor Ram Charan Teja whose film Dhruva was recently released, is making his debut as a producer with Khaidi No 150. Dhruva is a box office hit.

Khaidi No 150 is the remake of A R Murugadoss' Tamil hit Kaththi, that was released in 2014.

Promoted
Listen to the latest songs, only on JioSaavn.com
Besides Telugu movies, Chiranjeevi has appeared in a handful of Tamil, Kannada and Hindi films.

Chiranjeevi's brilliant dance moves never fails to mesmerise his audience and in the song Ammadu Let's Do Kummudu, you will get to see more of him as the 'Boss Is Back' again.