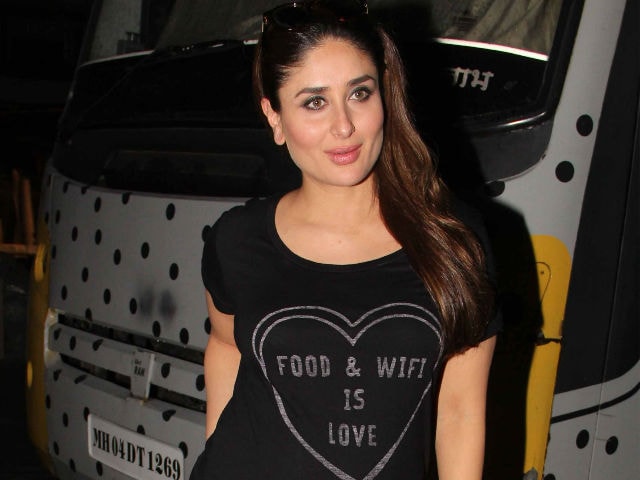 New Delhi: Kareena Kapoor Khan has always been a trendsetter - either by way of her fashion, her style or her films. The fact that she is setting trends during her pregnancy by being active at her work, makes her sister-in-law, actress Soha Ali Khan happy and proud.

Kareena has not been hiding her baby bump from the media in any way. In fact, she carried it proudly at a fashion week last month, and she has also signed up an endorsement deal for pregnancy test card. She has also maintained that she won't let pregnancy slow down her career.

Soha, who is the younger sister of Kareena's husband and actor Saif Ali Khan, said there is a lot of excitement in the family in anticipation of the baby, which is due in December.

"(There is) a lot of excitement, of course. I am very excited for her. She (Kareena) is going to be a mother for the first time. She is looking beautiful, and she is really setting trends. I think she stands for something that is wonderful in today's world. Talking about working through her pregnancy," Soha told IANS here.

The 37-year-old actress says even in general, women work till the last trimester of their pregnancy. So, why should it be any different for stars, she asked.

"I have banker and lawyer friends, and they all work till their last trimester or till the eighth month even. Kareena is doing that as well. Why should celebrities be any different as long as she is healthy, which she is. So, I have a lot of respect for her," the Tum Mile actress said.

Promoted
Listen to the latest songs, only on JioSaavn.com
Her upcoming film 31st October is slated to hit the screen on October 7.