Richa Chadha is currently in Bengaluru for the shooting of Shakeela 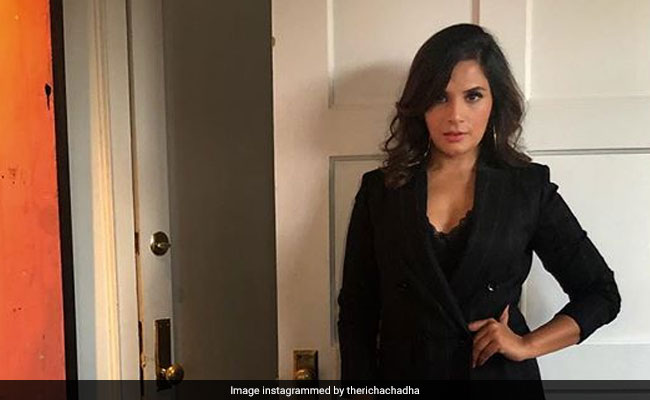 Richa Chadha will be next seen in Shakeela (Courtesy therichachadha)

Richa Chadha despises the term "female-oriented" films but the actor says the phrase will continue to be relatively novel till such movies become a norm. The 31-year-old actor says she started hearing the term when Sridevi's English Vinglish released in 2012 but adds actors like Nutan to Rani Mukerji have been the face of their films from a long time. "I never buy this 'women-oriented' term. I don't like it. I have been hearing this term since 2012 that English Vinglish is coming. I always turn around and say 'You never call the other things male-oriented'. But I guess it'll be a thing, till it becomes a norm.

"Be it Nutan, Nargis Dutt, Sridevi or Rani (Mukerji), these women have done films which they have carried on their shoulders completely. There was an entire alternate cinema movement with Smita Patil, Shabana Azmi, Deepti Naval, Mita Vashisht and Neena Gupta. These are great actresses and they have done some excellent work," Richa Chadha told PTI in an interview here.

The actor is currently in the city shooting for her next, Shakeela, the eponymous biopic on the popular Malayalam adult star. Directed by Indrajit Lankesh, the film narrates the rags-to-riches-to-rags story of Shakeela Khan, who ruled the South Indian cinema of the '90s. She has acted in several adult films in languages spanning Tamil, Telugu, Malayalam and Kannada.

Year 2018 saw films like "Padmaavat" and Raazi, fronted by women, emerge as some of the biggest money-spinners and Richa Chadha says the audience has always been ready for a female star who would drive the crowd towards the theatres.

"I think it's the producers, distributors and exhibitors who have not been ready. It is an issue. "Men control the business and they say the film is female-oriented and it won't work till its ti*s and as*. But you don't know, a good story connects somewhere," she adds.

Inspired by southern star Silk Smitha's life, the 2011 film explored the journey of a woman who dreams to be a star, goes on to become a sex symbol and following repeated failures, commits suicide. Many claim that Shakeela, the film appears to have been cut from the same cloth but Richa Chadha disagrees.

"Comparisons will happen but we can't do anything about it. I can't escape that. I thought about it but now I'm not going to fight it. Shakeela became a star when Silk Smitha killed herself. Within two years of Silk's death, Shakeela was a superstar. "She was a ready replacement of somebody who had just passed away. It's the same period, the aesthetics, the visuals and technically too things are same. The two films will appear similar to the inexperienced eye. But the two are very different. It's in a different zone. At least they will compare me to Vidya Balan and the film to a blockbuster like Dirty Picture."

The actor says Shakeela, who has been an integral part of the biopic from the outset, is a living example of feminism in practice.

"She knows her career and personal life have suffered because of the courageous decisions she has taken to stand up against oppression of any kind. She knows she's paying the price for it. "I could imagine any person in her place as being bitter, angry, suicidal or dependent. Going to school and learning feminism is one thing and living feminism is another. She has done the latter." Shakeela will also have a cameo in the movie.

The film also stars Pankaj Tripathi and the makers are eyeing a release date post March 2019.