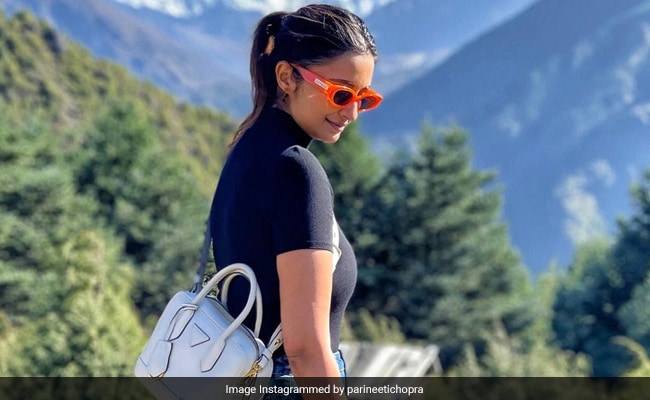 We love to see Parineeti Chopra's posts on social media. This time, she isn't rambling or contemplating all alone. Parineeti has gotten into a fun conversation with Bollywood actor Kartik Aaryan. What's it about? Believe it or not, it revolves around a set of photos. In the pictures, Parineeti and Kartik have got similar poses. The question is, who copied whom? Parineeti posted on Instagram Stories a comparison of their photos from different hilly locations. Parineeti wrote, "Mere Kartik Aaryan kya bolte ho [What do you say, Kartik Aaryan?]" Kartik reposted it on his Stories and said, "Stop copying me, Pari."

The Instagram exchange did not stop there. Parineeti Chopra, who's in Nepal for her upcoming project, re-shared Kartik Aaryan's Stories and wrote, "Guts. Need Diet Mountain to announce the truth out who copied whom." 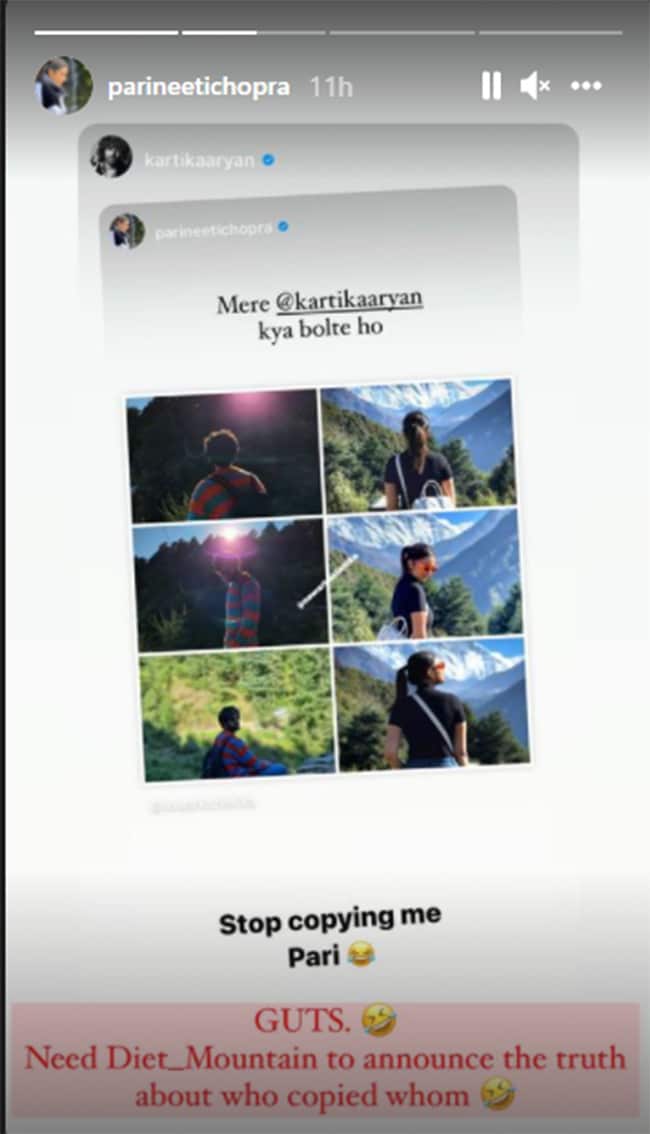 As it turns out, Parineeti Chopra shared her set of pictures four days ago. In the photos, she is gazing at the mighty Himalayas. The view ends at the majestic Mount Everest. Parineeti wrote, "Good morning, Mr Everest. You taught me a lesson in humility today." Parineeti is shooting in Nepal for her upcoming film Uunchai.

Meanwhile, Kartik Aaryan, who is enjoying some me-time at an undisclosed location, released the pics from only yesterday. His caption read, "Breathe."

Here is another one from Kartik Aaryan's trip to the mountains. He is standing with two monks on his side. Kartik captioned the photo, "Monk, monkey, monk." Clearly, he is referring to himself as the monkey in the group picture.

Well, we loved the fun that Parineeti Chopra and Kartik Aaryan shared on social media today. Thank you, guys.