"I haven't felt that judgement face-to-face but of course trolling I have (faced). Trolling has happened," said Kalki Koechlin 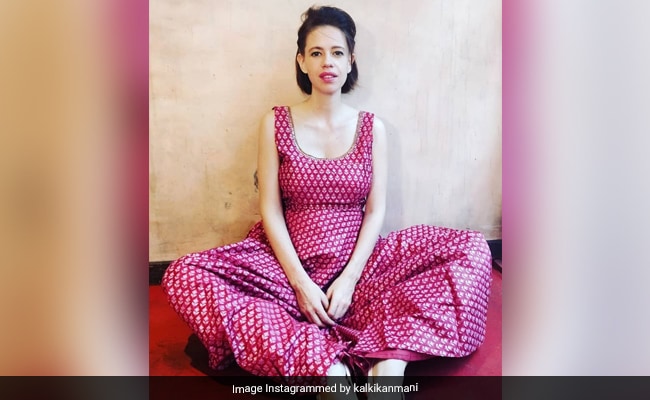 Actress Kalki Koechlin, who is expecting her first child with boyfriend Guy Hershberg, in an interview with Pinkvilla revealed that she has been trolled during her pregnancy for not being married. Speaking to Pinkvilla, the 35-year-old actress said that while she's not been treated with "judgemental" behaviour, she has dealt with "little bit" of trolling, with questions about her "husband" and that she's also been wardrobe-shamed for her choice of clothes during pregnancy: "I haven't felt that judgement face-to-face but of course trolling I have (faced). Trolling has happened like 'Where's the husband?' and you know 'How can you do this?' and 'Don't wear tight clothes.' So, all of that is there little bit but trolling happens even when you are not pregnant," she told Pinkvilla.

However, Kalki Koechlin, who is well into five months of her pregnancy, had a calm reaction to trolls: "You're just a celebrity. Actually, even if you're not a celebrity. If you have an opinion, which is out there, somebody will disagree with it and that's okay," she told Pinkvilla.

When asked if she has come across people who "looked down upon" her during her pregnancy, Kalki told Pinkvilla: "I'm sure there are but I don't know them personally. So, it doesn't affect my life but whenever it comes to my building, my neighbours, the people around me... they all know I am not married. And they've been super. Aunties have been like coming and like 'Aapke liye kuchh chahiye kya'. They are really, really lovely and sweet."

Earlier this month, Kalki trended a great deal for revealing how her ex-husband filmmaker Anurag Kashyap reacted to her pregnancy reveal. Speaking to Mumbai Mirror in an interview, the Sacred Games actress said: "He's just welcomed me to the parents' club and told me to call if I needed anything."

Kalki Koechlin and Guy Hershberg have been together for two years now and made the pregnancy reveal last month, since when the Gully Boy actress has been sharing cute photos of her baby bump. The couple have zeroed in on the idea of a water birth for which Kalki will fly down to Goa by the end of this year.

Relieved I can let that bump hang free after months of stuffing it into costumes which fit me at the beginning of shoot schedules in July but were not so easy to zip up by mid September! And kudos to my style saviours @who_wore_what_when for coming up with innovative ways to cover it up! Wearing @cottonworldlive For @missmalini (see insta story for link) Photo @maliniagarwal @malinisgirltribe

Kalki Koechlin, who continues to work during her pregnancy, is currently busy with a play and has a new Netflix project lined up. This year, she famously featured in web-series Made in Heaven and Netflix series Sacred Games 2.