"He's just welcomed me to the parents' club and told me to call if I needed anything," Kalki Koechlin said in an interview 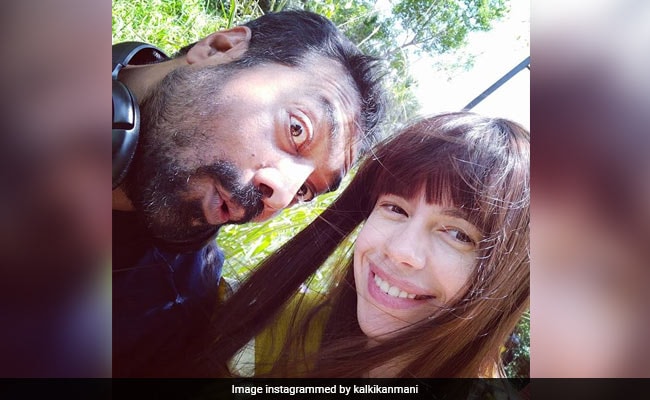 Actress Kalki Koechlin, who recently announced her pregnancy with boyfriend Guy Hershberg, opened up about how her ex-husband Anurag Kashyap reacted to her pregnancy reveal. In an interview with Mumbai Mirror, the 35-year-old actress said: "He's just welcomed me to the parents' club and told me to call if I needed anything." Kalki Koechlin and Anurag Kashyap married in 2011, two years after their first collaboration for Dev.D and parted ways with a divorce in 2015 but continue to share a cordial relationship. Anurag Kashyap was previously married to film editor Aarti Bajaj. Referring to Anurag's daughter Aaliyah Kashyap with his first wife, Kalki also told Mumbai Mirror: "Seeing Aaliyah growing up and my own brother Oriel too, I've already got a glimpse into this role of a lifetime."

Kalki Koechlin has also worked with Anurag Kashyap in the 2011 film That Girl in Yellow Boots and recently featured in Netflix's Sacred Games 2, which Anurag Kashyap co-directed with Neeraj Ghewan.

Meanwhile, Kalki Koechlin and pianist Guy Hershberg have been together for over two years now. When asked if a possible wedding is on the cards, she told Mumbai Mirror: "We have considered it for the purpose of parental rights and the nationality issue. But we don't want to rush it because of societal pressures. We will see when the time feels right. It will be a registration and a quiet family gathering."

Kalki Koechlin, who revealed she's expecting her first child well into five months of her pregnancy, shared it was a task to conceal her baby bump with tricky outfits: "Relieved I can let that bump hang free after months of stuffing it into costumes which fit me at the beginning of shoot schedules in July but were not so easy to zip up by mid-September!"

Relieved I can let that bump hang free after months of stuffing it into costumes which fit me at the beginning of shoot schedules in July but were not so easy to zip up by mid September! And kudos to my style saviours @who_wore_what_when for coming up with innovative ways to cover it up! Wearing @cottonworldlive For @missmalini (see insta story for link)

Kalki Koechlin has zeroed in on the idea of a water birth and that she will fly down to Goa by this year end for that.

Kalki Koechlin is best known for her stunning performances in films such as Dev.D, A Death In The Gunj, Ribbon and Gully Boy. Kalki also famously featured in Netflix series Made In Heaven and Sacred Games 2. Kalki has another Netflix project lined up.