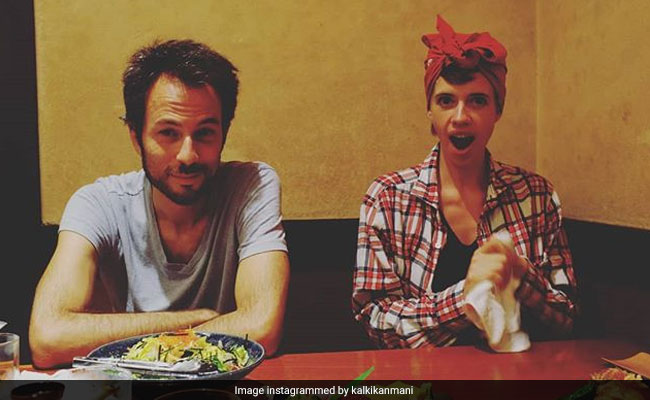 Actress Kalki Koechlin, who is dating pianist Guy Hershberg, revealed she's five months into pregnancy in an exclusive interview with HT Brunch. "I know that I want to be an engaged parent. My concern is to connect with my child, not to have a particular rule, or expectation," the Sacred Games actress told the publication. Kalki and Guy, who have been together for two years now, have also given much thought into naming their child: "I've chosen a name that works for either gender and that is representative of a gay person, because I want my child to have that freedom of movement under the many umbrellas of gender that we have," Kalki said in the HT Brunch interview.

Meanwhile HT reports that Kalki has zeroed in on the idea of water birth and that she will fly down to Goa by this year end for that. Here's what HT reported: "She's been reading up on reduced trauma for the child as well as the stress-free environment for the mother in labour."

Speaking to HT Brunch, Kalki also revealed how pregnancy has changed her as a person: "I already feel the changes in the way I react to things. I am more deliberate, slower, more patient. When motherhood comes eventually, it brings with it a new consciousness to your sense of person. I still want to work but it is less about the rat race and more about nurturing oneself through one's work. It becomes about infusing concentration and energy inward."

Kalki Koechlin was previously married to filmmaker Anurag Kashyap but they divorced in 2015. On the work front, she is best known for her stunning performances in films such as Dev.D, A Death In The Gunj, Ribbon and Gully Boy. Kalki also famously featured in Netflix series Made In Heaven and Sacred Games (co-directed by Anurag Kashyap). Kalki Koechlin has another Netflix project lined up and she made her Tamil film debut with a cameo in Ajith Kumar's Nerkonda Paarvai.