"My teenager makes us dinner and dessert all by himself," wrote Twinkle Khanna 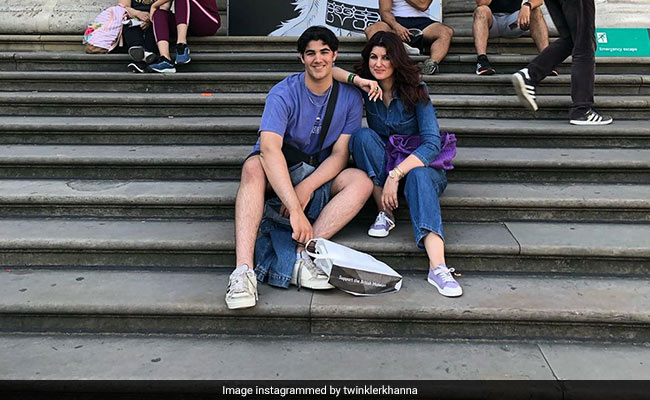 If you thought Akshay Kumar was the only one with a love for gastronomy in the family, you might be mistaken. Seems like Akshay and Twinkle Khanna's teenage son Aarav has also inherited love for cooking from his father Akshay Kumar, who was a chef before making it big in Bollywood. The reason we brought this up today is because Twinkle Khanna shared a post on her Instagram profile, which gave us a sneak peek of Aarav's culinary skills. A "proud" Twinkle shared a set of pictures of the meal and wrote: "My teenager makes us dinner and dessert all by himself." The special menu, prepped by Aarav comprised - mushroom risotto, miso avocado salad, chicken skewers and chocolate souffle."

My teenager makes us dinner and dessert all by himself :) On the menu- mushroom risotto, miso avocado salad, chicken skewers and chocolate soufflé #proudmama

Twinkle Khanna's love for food is pretty evident on her Instagram profile. Take a look at some of the posts here:

Seven deadly sins and God knows I am rather guilty of a particular one today:) #GluttonyOverGlutenFree

On the work front, Akshay Kumar will next be seen in Rohit Shetty's Sooryavanshi. He also has Good News, Laxmmi Bomb and Housefull 4 in the pipeline.