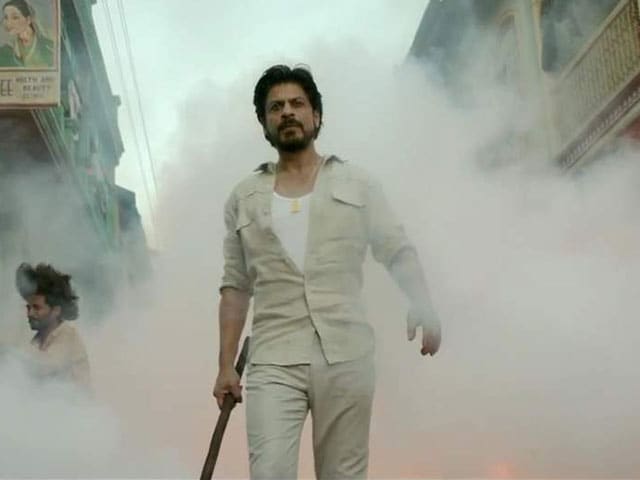 Shah Rukh Khan in a still from Raees.

New Delhi: A few pictures of Shah Rukh Khan from the sets of his upcoming film Raees have been doing the rounds of social media.

Shah Rukh, who plays a liquor baron in the film, is seen in a white pathani suit and crutches, posing for a picture with his fans in a studio in Mumbai:

This little fan was simply delighted:

Pakistani actress Mahira Khan will make her debut in Bollywood with Raees. The actress is also shooting the first schedule of the film in Mumbai with Shah Rukh. A fan club shared an image of Mahira on the sets of Raees:

Mahira khan at filmcity with a fan while shooting for #Raees (first schedule). Second schedule of Raees will take place in Gujrat and start from 2nd of Feb! Best of luck @mahirahkhan

Set in the dry state of Gujarat, Rahul Dholakia's Raees traces SRK's character's journey from that of a bootlegger to a politician. The film's cast includes Nawazuddin Siddiqui as a police officer. (Also Read: Shah Rukh Khan Smuggles Boatload of Liquor in Pics From Raees Sets)

Raees is scheduled to release on Eid this year, clashing with Salman Khan's Sultan.