During his stay in New York, Rishi Kapoor was visited by Riddhima several times and glimpses of the Kapoor family reunion have been shared by Riddhima 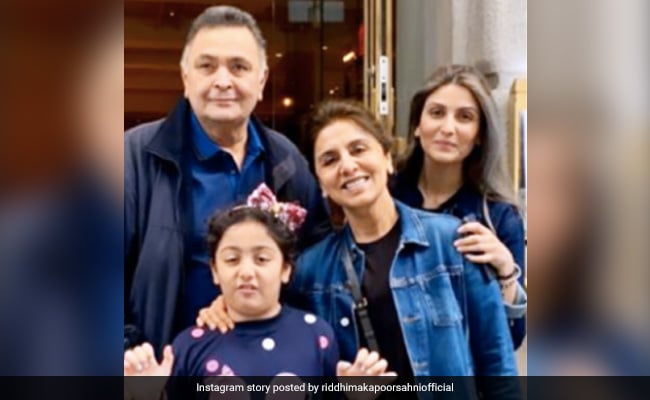 Riddhima shared this photo on her Insta stories (courtesy riddhimakapoorsahniofficial)

Riddhima Kapoor Sahni shared more throwback memories featuring Rishi Kapoor on her Instagram stories. Last year, Rishi Kapoor underwent treatment in New York for over 11 months. During his stay in New York, Rishi Kapoor was visited by Riddhima several times and glimpses of the Kapoor family reunion in the Big Apple have been shared by Riddhima. Her daughter Samara was Riddhima's plus one on the trip to New York. In another throwback memory, the Kapoors can be seen in the middle of a cake-cutting session - it appears to be from Neetu or Riddhima's birthday celebrations. Riddhima also time-travelled a long way into the past to share a throwback gem, featuring she as a little kid with dad Rishi Kapoor.

Take a look at how Riddhima is filling up her Instagram stories: 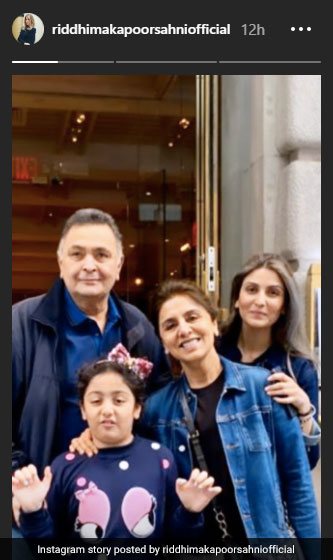 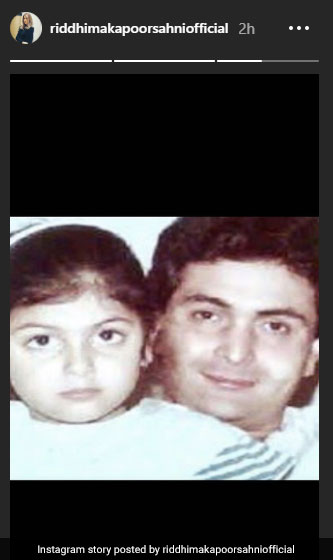 Lovly to see two beauties warming up which two Hmmmmmmm

Meanwhile on her Instagram feed, Riddhima has shared just two precious photos of Rishi Kapoor. The actor died in Mumbai on the morning of April 30, when Riddhima wrote this heart-wrenching note: "Papa, I love you. I will always love you - RIP my strongest warrior," Riddhima read am excerpt from Riddhima's post. "I will miss you every day. I will miss your FaceTime calls every day! Until we meet again papa, I love you." Riddhima, who is a jewellery designer and lives with her husband and daughter in Delhi, couldn't make it to the funeral in time.

Riddhima was granted permission to drive to Mumbai from Delhi. She is said to have attended Rishi Kapoor's prayer meet at home on May 2. On May 3, she immersed her father's ashes in Mumbai's Banganga along with brother Ranbir and mom Neetu.