When Ranveer Singh And Karan Johar Pose For A Selfie, Swag Is Guaranteed 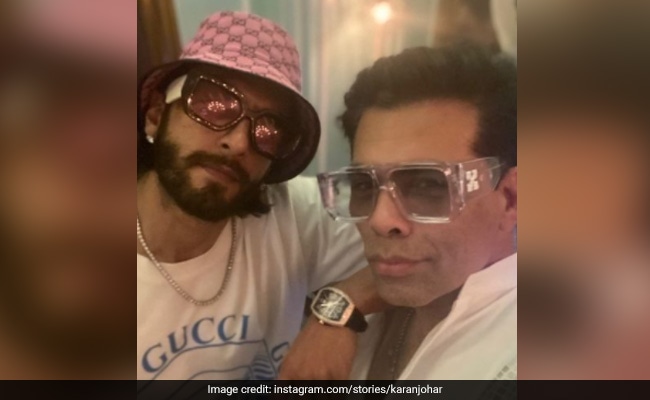 You know it is one of helluva selfie when it features filmmaker Karan Johar and actor Ranveer Singh. Both have a quirky fashion sense and the results of the picture are simple awesome. On Tuesday night, Karan Johar posted a selfie with Ranveer and he wrote: "Rocky uska naam." In the picture, Ranveer and Karan Johar can be seen twinning in white and they accessorised their looks with OTT glasses. Ranveer Singh and Alia Bhatt will play lead roles in Karan Johar's next directorial venture titled Rocky Aur Rani Ki Prem Kahani that is scheduled for release in 2022. The film will be co-produced by Viacom18 Studios. The film will also feature veterans Dharmendra, Jaya Bachchan and Shabana Azmi. 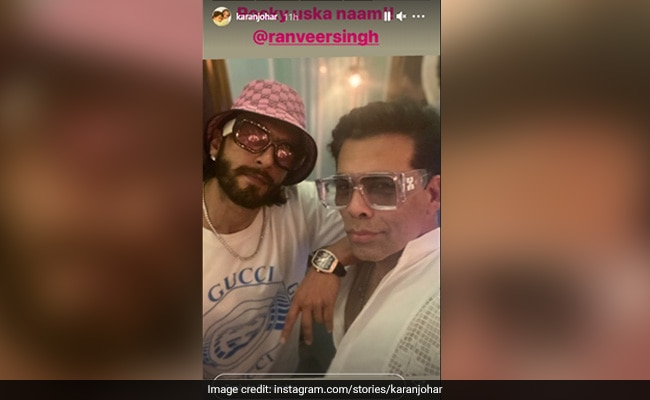 Ranveer announced his association with Karan Johar's film  on his birthday with this post: