Karan Johar Wants To "Date Instagram." But Why? He Says...

The director shared the quirky note on his Instagram Stories. 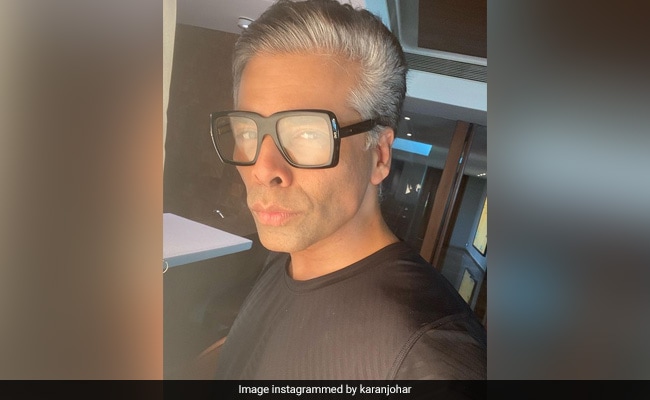 If there is anything that Karan Johar is loved for, apart from his directorial skills, it is his gift of the gab. Witty and wise, the director-producer has the innate ability to get his audience laughing and introspecting all at once. Therefore, it is no surprise that Karan's social media timeline is a fan-favourite. And keeping his reputation of being a thorough entertainer intact, is Karan's latest Instagram Stories on the subject of dating. In his true witty style, Karan said that he might end up dating the photo-sharing platform. Why, you ask? Well, it may have to do with just how accommodating the app is.

In the note, Karan said, “I think I will just date Instagram. No other partner will allow me to like, block, unfollow and then follow again!” 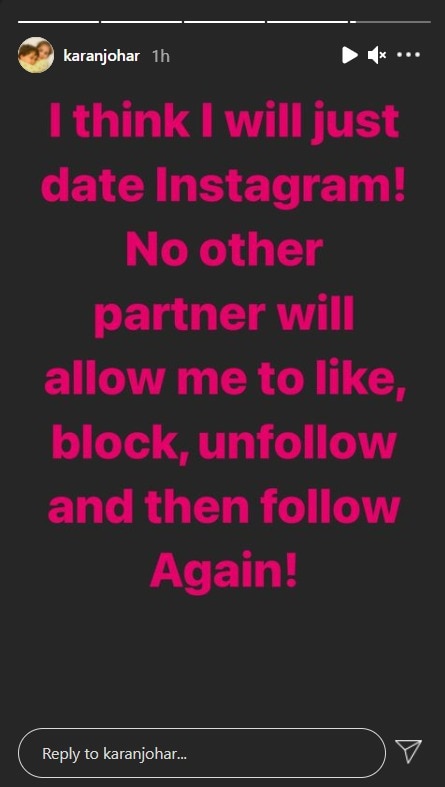 The director's social media timeline is indicative of his love for cinema, friends and family. Recently, he penned a touching eulogy for veteran actor Dilip Kumar. In it, he said, “Dilip Kumar Saab set the standard for all solid actors to follow… he was a bonafide institution….. his performances are text books of nuance and celluloid screen presence….he leaves behind a legendary legacy that will continue to inspire generations of artists …. His journey can never end because his legacy will always live on… Rest in peace Dilip Saab and thank you for being the force that you were.”

Showing us that he has a way with words, he had also penned a lovely note for his friend and director-producer Aditya Chopra of Yash Raj Films on his birthday. Sharing a throwback photo of the duo with Shah Rukh Khan's son Aryan Khan, Karan wrote, “And just like that he's 50! So many memories ... so many movies... so many moments... He remains an unstoppable visionary! Silently and solidly takes on the studio mantle and creates barometers for everyone! Happy birthday to my mentor, best friend and chachu to my kids!”

Touching on Aditya Chopra's media-elusive persona, he said, “Love you so much Adi ( yes yes he exists!!) pic courtesy Shah Rukh Khan with us being dutiful uncles in Goa. Two decades ago!”

The doting father also often shares images of his children, Roohi and Yash on Instagram. In one such image, the twins are seen posing for the camera, wearing Karan's shoes. In the caption, he wrote, “In dada's shoes already. My baby posers.”

Karan Johar is one of the most successful director-producers in the country with movies such as Kuch Kuch Hota Hai, Kabhi Khushi Kabhie Gham..., Kabhi Alvida Naa Kehna to his credit. In addition to this, he also appears as a celebrity talk show host on Koffee With Karan and judges reality shows. His next directorial venture is Rocky Aur Rani Ki Prem Kahani with Ranveer Singh and Alia Bhatt in lead roles.