"My endeavour is to raise them as individuals and never stereotype them by gender," wrote Karan Johar 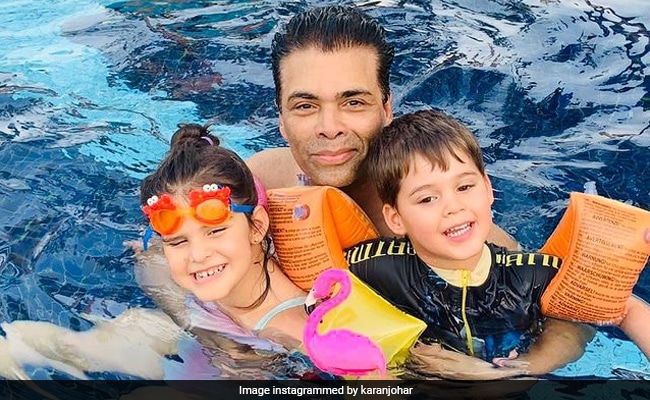 Karan Johar's post on Father's Day deserves everyone's attention and for all the right reasons. Posting a set of happy pictures with kids Yash and Roohi, the filmmaker added a strongly-worded caption. In his post, KJo focused on the importance of raising kids as individuals and to “never stereotype” them. He also wrote about “teaching them inclusivity and humanity in equal measure.” We can't decide what we like more about Karan Johar's post – the caption he wrote or the adorable pictures of his kids Yash and Roohi that he shared on Instagram.

“Blessed to be a father,” Karan Johar added in his note, “My endeavour is to raise them as individuals and never Stereotype them by gender … Teach them inclusivity and humanity in equal measure… We are in a world that needs conscious parenting and I aspire to be that parent…. Children are extremely impressionable so what we say around them truly matters! #happyfathersday to every understanding, supporting but never controlling father.”

Read the note Karan Johar posted with adorable pictures of Yash and Roohi:

Karan Johar welcomed Yash and Roohi via surrogacy in the year 2017. Last year, Karan Johar posted a series of videos called "Lockdown With The Johars," which he signed off with his signature goodbye style "Toodles." The videos featured Karan Johar's kids adorably trolling him. See some of the videos here:

The filmmaker also launched a picture book for kids titled The Big Thoughts Of Little Luv, which is inspired by his experiences as a single parent. He announced the project last year and he wrote: "Am excited to share something special with all of you... my first picture book for kids The Big Thoughts Of Little Luv." The book was published by Juggernaut Books.