How to pair night suits with super cool caps? Ask Yash and Roohi 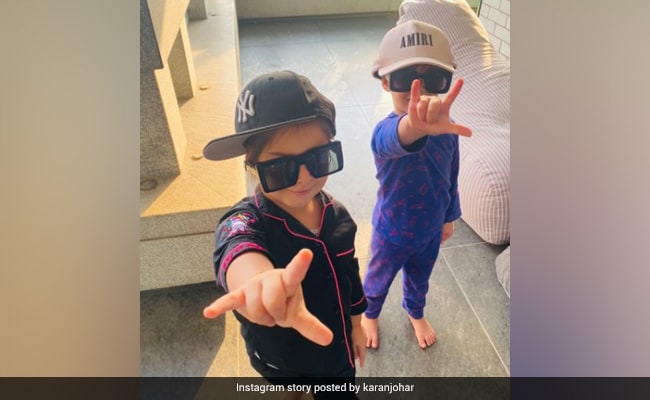 A cute photo of Yash and Roohi. (Image courtesy: karanjohar )

Filmmaker Karan Johar's twins Yash and Roohi are born fashionistas. The duo, who often trend on social media for their super cool outfits, made an appearance on Karan Johar's Instagram feed on Tuesday and we can't get enough of their awesome attires. They look super cute yet stylish at the same time in a picture shared by the filmmaker on his Instagram story. They paired their respective quirky night suits with cool caps and goggles. Their style game is on point in the picture, sharing which Karan Johar wrote: "Yo!" Karan Johar welcomed Yash and Roohi via surrogacy in the year 2017. 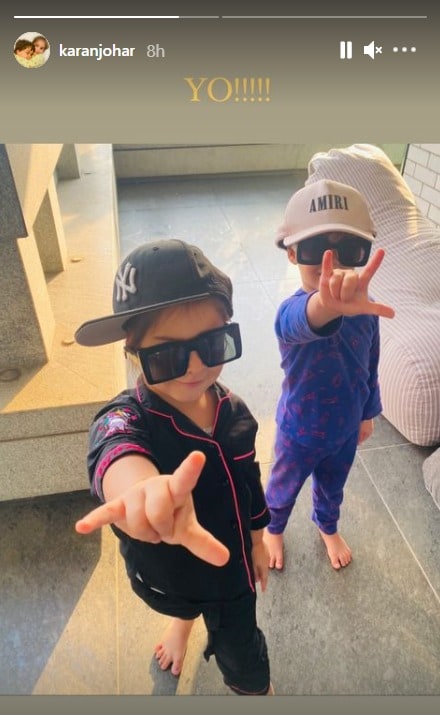 Yash and Roohi featured on Karan Johar's Instagram almost a month after he shared a birthday post for them. In the recent post, Roohi can be seen caressing Yash. Sharing the video, Karan Johar wrote: "So apparently Roohi has assumed the role of a mummy! And Yash is the eternal baby! Nothing like a protective sister...( the mothership has a commentary going on the side)."

In terms of work, Karan Johar has directed movies such as Kuch Kuch Hota Hai, Kabhi Khushi Kabhie Gham, My Name Is Khan and Student Of The Year. He will also be directing the period drama Takht. His upcoming ventures as a producer include Sooryavanshi, Dostana 2, and Brahmastra. He has backed many films such as Kal Ho Naa Ho, Kaal, Kabhi Alvida Naa Kehna, Wake Up Sid, Agneepath, Yeh Jawaani Hai Deewani and Badrinath Ki Dulhania among others.