When Malaika Arora Cooked Pasta For Boyfriend Arjun Kapoor. A Scene From Their Sunday Lunch

Malaika cooked pasta, focaccia and served them with cherry tomatoes and a bottle of white wine. Feeling hungry, right? 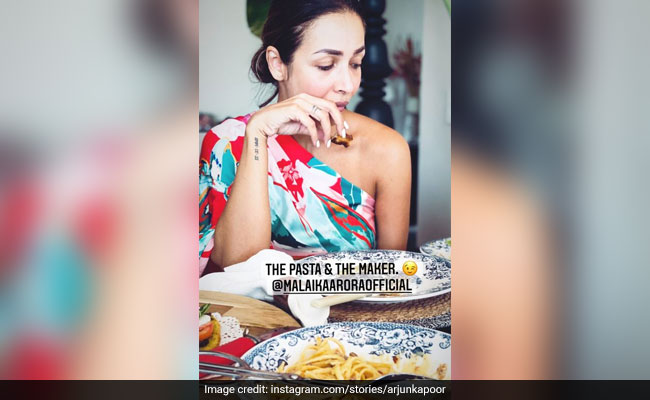 Malaika Arora and Arjun Kapoor's cozy well-spent Sunday was all about delicious pasta in lunch and quality time together at home. Malaika Arora and Arjun Kapoor made it Instagram official on his birthday in 2019. On Sunday, the duo shares glimpse of their lunch date, which was all things Italian. Malaika cooked pasta, focaccia and served them with cherry tomatoes and a bottle of white wine. She shared pictures of the lunch prepared by her on her Instagram story and made us crave Italian cuisine. In another Instagram story, Malaika shared a photo of Arjun Kapoor sitting on a couch with her pet pooch Casper. "My Sunday view," Malaika captioned the photo.

Arjun Kapoor posted a photo of Malaika and the pasta she made and wrote: "The pasta and the maker." 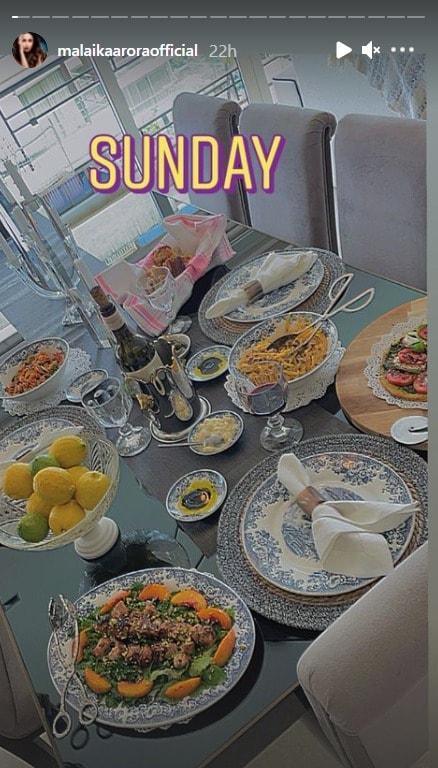 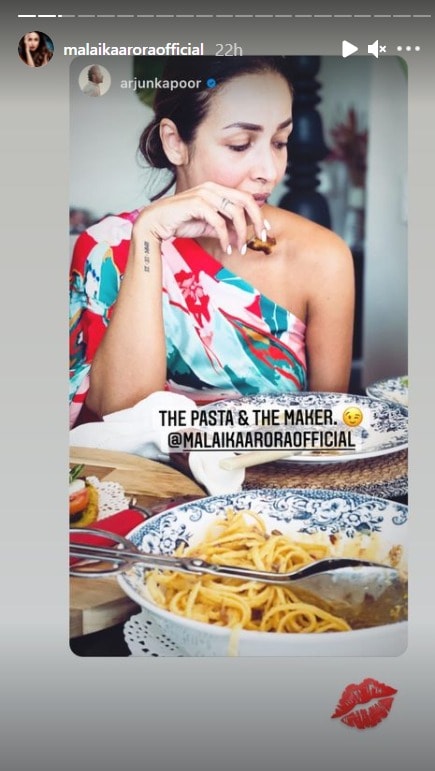 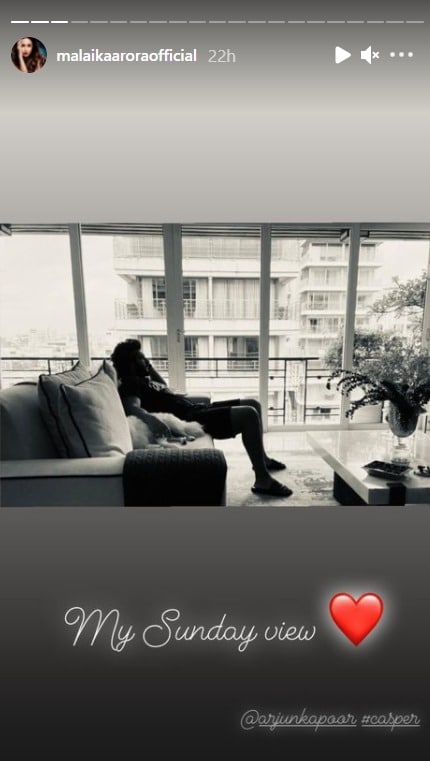 Malaika Arora was previously married to actor-filmmaker Arbaaz Khan. They are parents to 18-year-old son Arhaan. She has been dating Arjun Kapoor for quite some time now.

On Arjun Kapoor's birthday earlier this year, Malaika Arora wished him like this:

In terms of work, Arjun Kapoor, who has starred in films like Aurangzeb, Gunday and 2 States, was last seen in Sardar Ka Grandson. The actor will next be seen in Bhoot Police and Ek Villain Returns.

Malaika Arora is best-known for her dance performances to songs like Chaiyya Chaiyya and Munni Badnaam Hui, among many others. She has featured as a judge in various television dance reality shows such as Nach Baliye, India's Best Dancer, Jhalak Dikhhla Jaa and others.