When Kiara Advani "Almost Believed" The Plastic Surgery Rumours About Her

"I say that I ignore it but it is a form of protecting yourself," said Kiara Advani 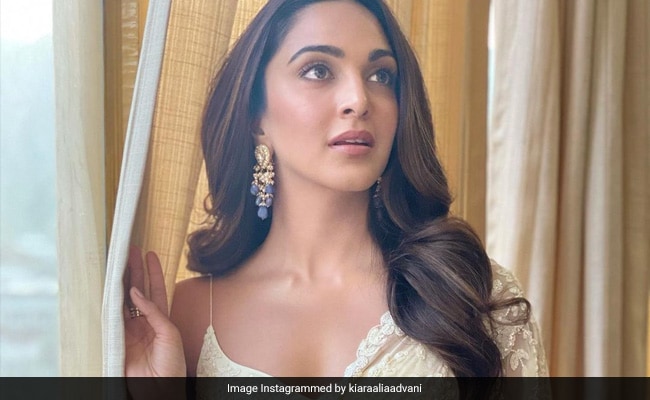 Kiara Advani recently appeared as a guest on Arbaaz Khan's chat show Pinch, where she addressed the topics of trolling, the effect social media has one her and her reaction to plastic surgery rumours. In a promo video of the episode, Kiara recalled an incident, where she "almost believed" her plastic surgery rumours. Recalling the incident, Kiara said, "Main kisi event ke liye gayi thi, jo pictures bahar aaye (I went for an event and when the pictures that came out) on different social media platforms, there were a lot of comments about, 'Oh, she has done plastic surgery.' And the irony of it was main almost believe karne lagi ki maine kuch kiya hai apne aap ko (I almost began to believe that I did something to my face)."

Kiara Advani  added that her usual approach to deal with trolls is to not pay much attention to them but she does get affected at times. Kiara added, "I say that I ignore it but it is a form of protecting yourself. Be respectful towards others and understand ki yaar yeh bhi insaan hai, inke bhi emotions hote hain (that we are humans too and we also have emotions)."

Kiara Advani recently starred in Shershaah with Sidharth Malhotra. She was seen in Indoo Ki Jawani, opposite Aditya Seal last year. She also starred in the horror comedy Laxmii, opposite Akshay Kumar in 2020. Her upcoming projects include Bhool Bhulaiyaa 2, alongside Kartik Aaryan and Tabu. She will also be seen in Jug Jugg Jeeyo, with Anil Kapoor, Neetu Kapoor and Varun Dhawan.