Shershaah stars Sidharth Malhotra as captain Vikram Batra, who died in the Kargil War in 1999 and was honoured with the Param Vir Chakra posthumously 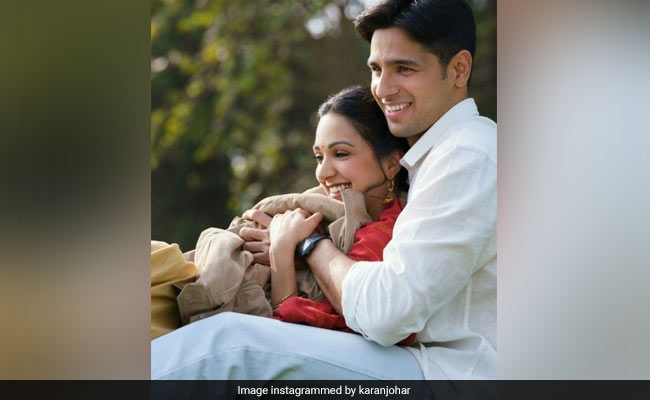 Sidharth and Kiara in a still from Shershaah. (Image courtesy: karanjohar)

Almost a week after the premiere of Shershaah, which stars Sidharth Malhotra as Captain Vikram Batra, who died in the Kargil War in 1999 and was honoured with the Param Vir Chakra posthumously, producer Karan Johar shared a thank you note for everyone associated with the film. Shershaah has been produced under Karan Johar's Dharma Productions and directed by Vishnu Varadhan. The film showcases the journey of captain Vikram Batra, from a little boy aspiring to join Army to becoming a Kargil War hero. Kiara Advani plays the role of Captain Vikram Batra's fiancée Dimple Cheema in the film. Sharing two stills from the film, which has received mixed reviews till now, Karan Johar wrote: "Behind every film, there is always an 'army' of people that make it possible for it to translate from paper to the screens. Starting with our main man Sidharth Malhotra, who recreated the character of a legend like no one could. I'm so proud of you Sid!"

"Our gorgeous Dimple, Kiara Advani, who played the strongest pillar of strength, making the nation cry without any words. Vishnu Varadhan, the captain of this ship who steered us to exemplary performances with each frame. Screenwriter Sandeep Shrivastava, the one who brought the story to life once again with his spectacular writing. Our phenomenal supporting cast," he added.

In his thank-you note, the filmmaker also wrote: "The heroes behind the camera who made the film look like a dream! Our magician DOP, Kamaljeet Negi, Power-packed action direction by Sunil Rodrigues and Stefan Richter. Costume by Eka Lakhani. BGM that induced goosebumps by John Stewart Eduri. Production Design by Subrata Chakraborty & Amit Ray. Editor Sreekar Prasa. Bone chilling sound design by Sohel Sanwari. An album for the ages, thanks to Azeem Dayani."

He added: "Can't go without mentioning our partners and producers for this project - Shabbir Boxwala, Ajay and Himanshu Gandhi. Apoorva Mehta, my sounding board forever. Sumit Chawla, our co-producer. Somen Mishra for steering the script to the right place. And of course, thank you Prime Video for providing such a lovely home to our film. And Sony Music for their support on our album!"

Karan Johar signed off his post with these words: "Thank you one and all for making #Shershaah the film that it is today. Take a bow!"

Shershaah premiered on August 12 on Prime Video. The film's lead star Sidharth Malhotra has been sharing stories from the sets of the film since Tuesday. Take a look:

In his review for NDTV, film critic Saibal Chatterjee gave Shershaah 2.5 stars out of five and wrote: "Just a little more cinematic firepower and flint might have taken Shershaah much higher - and further - as a war drama."