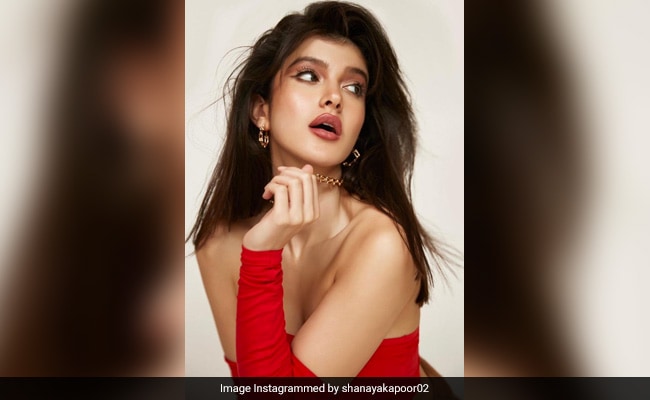 Shanaya Kapoor sure is a stunner and proof of that is her latest Instagram entry. She just treated her fans to a fabulous picture of herself and we love it. In the picture, Shanaya looks as pretty as ever in a red crop top. Shanaya's perfectly done make-up and hair have made the picture even more dramatic. But, guess what's more dramatic? The caption of her post. She can be seen striking a stunning pose in the picture, which she summed up with a famous dialogue of Kareena Kapoor from the 2001 film Kabhi Khushi Kabhie Gham. Shanaya Kapoor wrote: "Tell me how it was." For those who don't know, in the movie Kabhi Khushi Kabhie Gham, Kareena used this dialogue when the character played by Vikas Sethi asked her out to a movie.

Shanaya Kapoor is quite popular, and she enjoys a huge fan following. She keeps treating her fans to new and old pictures of herself on Instagram.

Here are some of the most amazing posts from Shanaya Kapoor's feed:

Shanaya Kapoor is the daughter of Sanjay Kapoor and Maheep Kapoor. She is all set to make her big Bollywood debut with a film by Karan Johar's Dharma Productions. Shanaya also featured in bits and pieces on the Netflix show Fabulous Lives Of Bollywood Wives.