What We Know About Sonam Kapoor's Husband-To-Be Anand Ahuja 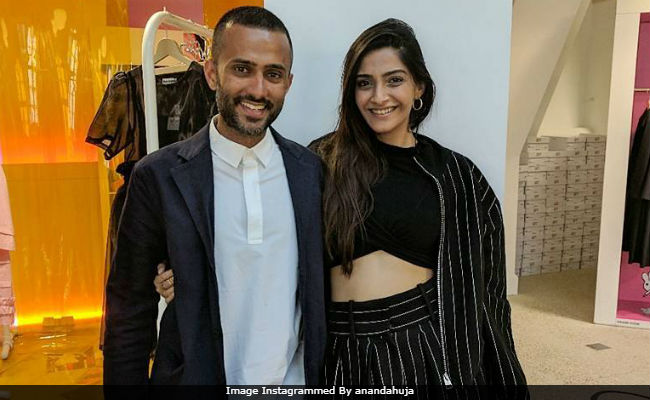 New Delhi: It's almost D-day for actress Sonam Kapoor and fiance Anand Ahuja who will marry tomorrow in a Sikh ceremony, followed by a lavish reception in Mumbai. By now, Anand is familiar by name and face to cine fans, having featured extensively in her Instagram posts for the last year-and-a-half. However, little else is known about Sonam's husband-to-be - so we've collated a fact sheet. Amehendi ceremony was held at the Kapoor residence last evening - in between scrolling through those pictures, here's a list of what we've found out about this new addition to one of Bollywood's most prominent families.

Anand Ahuja, 32, is the owner of fashion label Bhane, which has a showroom in New Delhi's upscale Meherchand Market. The first we heard about the (then) rumoured Sonam-Anand romance was a little over a year ago when Sonam began wearing Bhane pieces to the airport and public events.

Anand is believed to have grown up in Delhi's posh Jor Bagh neighbourhood. Economic Times reported three years ago that Harish Ahuja had bought a bungalow worth Rs 173 crore on the elite Prithviraj Road. The original owner was Om Arora, owner of the Variety Book Depot in Connaught Place. However, according to mod-day, Anand lives in Golf Links and not in the Prithviraj Road bungalow.

Anand Ahuja is a Wharton Business School alumnus, mid-day reports, and before Bhane (which he founded in 2013) and taking over the family garments business, he was a banker. "I was in the banking sector when I was in America, but then I landed this opportunity to work as an assistant buyer at Macy's. I took a pay cut just to do that, because it was so dynamic - you dealt with clients, buyers, brands..." he told mid-day.

While we don't know is Anand likes watching Bollywood films, we do know he's a sports enthusiast. Anybody who has glanced through Anand Ahuja's (unverified) Instagram account knows he's a big basketball fan.

Cycling is also his thing:

Did we mention he really hearts basketball?

Promoted
Listen to the latest songs, only on JioSaavn.com
But sports aren't the only way Anand keeps fit.

After the wedding, Sonam Kapoor and Anand Ahuja will reportedly shuttle between multiple cities. "Anand owns homes in Delhi and London, and Mumbai is Sonam's base," a source told Mumbai Mirror. The honeymoon has been deferred for a few months - Sonam is scheduled to attend the Cannes Film Festival later this week and has her new film, Veere Di Wedding, releasing in June.