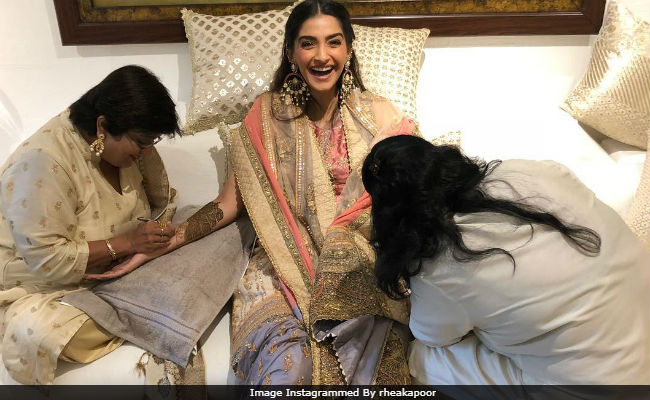 Sonam Kapoor is the happiest bride-to-be ever (Image courtesy: rheakapoor)

New Delhi: Sonam Kapoor and Anand Ahuja's wedding festivities started last evening with a grand mehendi ceremony, hosted at Anil Kapoor's Mumbai home. The bride-to-be Sonam looked radiant in an Anuradha Vakil lehenga, which she paired with big danglers and Anand complemented her in an achkan. Several pictures and videos from the ceremony have been shared on social media by the Kapoors. The guests started arriving at the venue in the evening and they certainly had a blast (we have pictures to prove it). Late actress Sridevi's daughters Janhvi and Khushi Kapoor turned heads in Manish Malhotra's costumes. Karan Johar, Rani Mukerji, Kirron Kher and other celebs attended #SonamKiMehendi.

Here are all the rocking pictures from the ceremony. (The wedding hashtag appears to be 'Everyday Phenomenal').

Sonam Kapoor is the happiest bride-to-be ever. (It's such a lovely picture).

What it's all about. My #everydayphenomenal 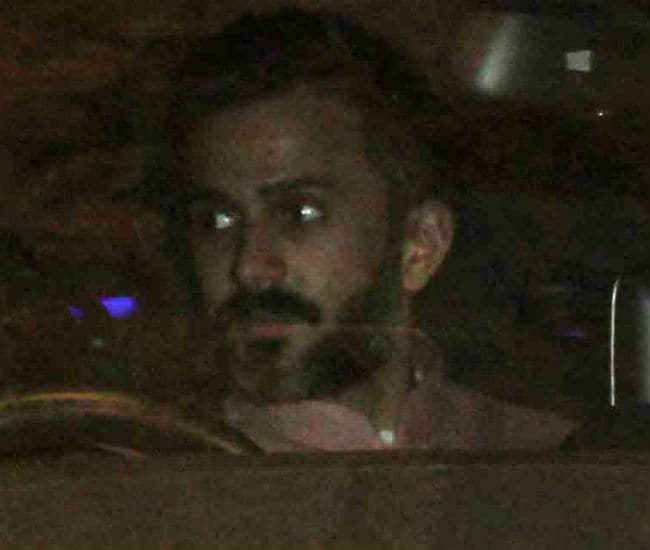 Her cousins Shanaya and Khushi at the mehendi ceremony, shared by Maheep Kapoor.

No Bollywood party is complete without Karan Johar. He is also reportedly performing at the sangeet, scheduled for this afternoon.

The Kapoors with KJo.

Promoted
Listen to the latest songs, only on JioSaavn.com
Arjun Kapoor with Antara Motiwala and Rohini Iyer. 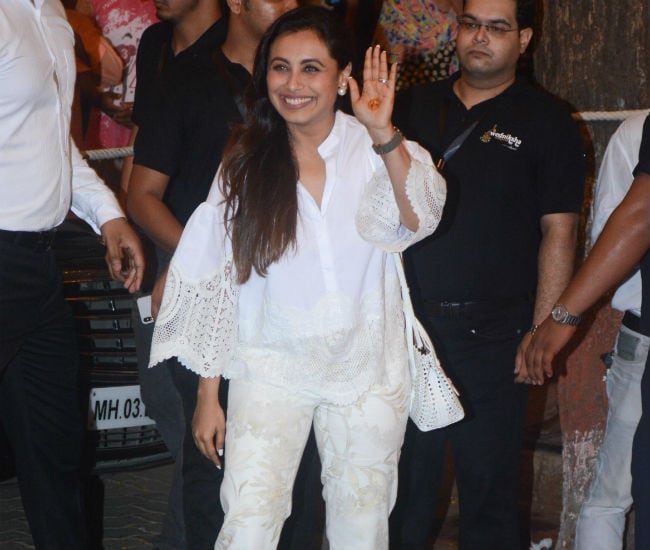 Rani Mukerji smiled for the cameras 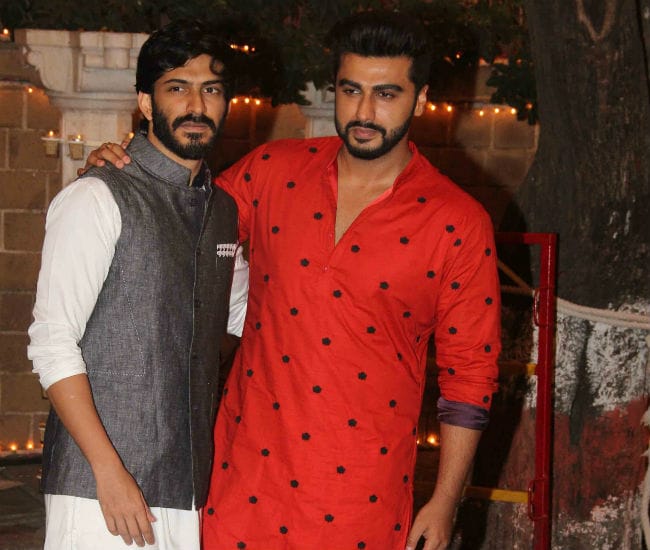 Arjun and Harshvardhan Kapoor at the venue

Sonam Kapoor and Anand Ahuja will marry on Tuesday as per Sikh traditions and later in the evening, a grand wedding reception will be hosted by the couple.

Their wedding announcement arrived last week via a joint statement by their families: "The Kapoor and Ahuja families, take great joy and pride, in announcing the marriage of Sonam and Anand. The wedding will take place on the 8th of May in Mumbai. Since it is an intimate affair, we request you to respect the family's need for privacy. Thank you for all your blessings and love, as we celebrate this special moment in our lives."