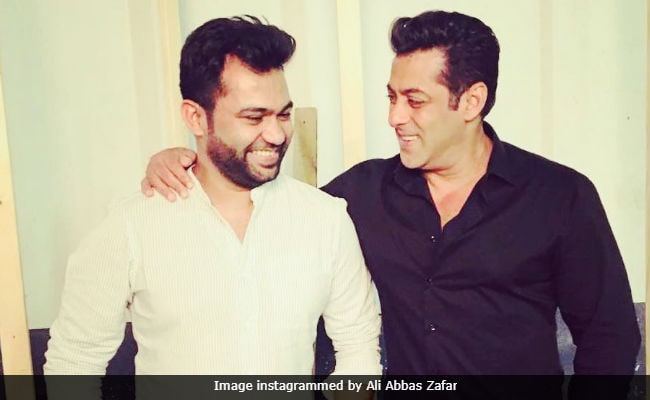 New Delhi: Salman Khan and Ali Abbas Zafar did not even properly enjoy the success of their latest film Tiger Zinda Hai when their third collaboration - Bharat - was announced. Salman's brother-in-law Atul Agnihotri revealed that he will produce Salman's Bharat, which will be directed by Ali Abbas Zafar. The film is a remake of Korean film Ode To My Father and Ali Abbas Zafar told news agency PTI that the suggestion to adapt the film in Hindi came from Salman Khan. "That film came to me from Salman himself. He gave me the film and said he really likes it and asked me to watch it. I saw it and really liked it... Salman said after Tiger Zinda Hai, you do this," said Ali Abbas Zafar.

"(But) You can't make the film exactly how it is in the original. The socio-political scenario affects your story and the character. But I liked the basic crux of the film," he added. Director Yoon Je-kyoon's Ode To My Father is reportedly second highest-grossing film in the history of Korean cinema. Atul Agnihotri acquired the remake rights of the film and it will reportedly be a period piece set during 1947 India partition.

"We will begin March onwards. I want to sleep for a month. We are at the elementary stage," Ali Abbas Zafar said when asked about other details of the project.

Promoted
Listen to the latest songs, only on JioSaavn.com
Salman Khan and Ali Abbas Zafar's first collaboration was 2016's Sultan, which was a blockbuster. Tiger Zinda Hai, their recent collaboration (which also stars Katrina Kaif), has made over Rs 280 crore in 13 days since it released.