"My stunning baby sister Janhvi Kapoor on her first cover of vogue 10 years after my first cover with Vogue India," said Sonam 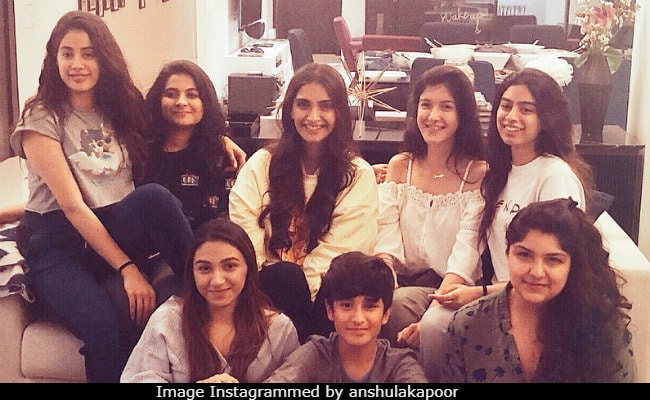 New Delhi: Sonam Kapoor, who is currently busy with the promotional duties of Veere Di Wedding, sliced out time from work commitments to review her cousin Janhvi Kapoor's debut appearance on a magazine cover. Janhvi is such a stunner! She recently featured on the June edition of Vogue India and covered June in the most fabulous way. Subsequently, Sonam has everything nice to say about her "baby sister", whose magazine cover debut was interestingly timed a decade after Sonam made her first appearance on a magazine. "My stunning baby sister Janhvi Kapoor on her first cover of vogue 10 years after my first cover with Vogue India! Couldn't be prouder little (sister)," Instagrammed the Veere Di Wedding actress along with a copy of the cover.

My stunning baby sister @janhvikapoor on her first cover of vogue 10 years after my first cover with @vogueindia ! Couldn't be prouder little ! Styled by my buddy @priyanka86 @prasadnaaik

Sonam also recently featured on the cover of another magazine, which she shared with her Veere Di Wedding co-star Kareena Kapoor. Interestingly, both Sonam and Janhvi were spotted twinning in similar outfits by Temperley London for their respective photoshoots and this is what Sonam shared on her Instagram story!

Meanwhile, this is what an excited Janhvi Kapoor posted on her Instagram story: 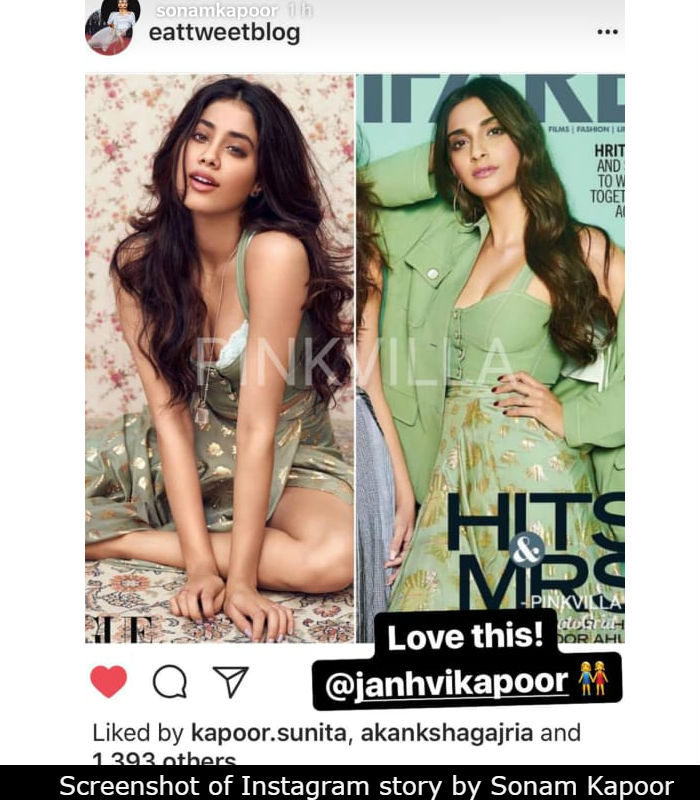 Promoted
Listen to the latest songs, only on JioSaavn.com
Janhvi Kapoor's magazine debut also comes with her first ever magazine interview, in which she extensively talked about her mother Sridevi, who died in February this year. Janhvi was interviewed by Karan Johar, her mentor and also the producer of her first Bollywood film Dhadak.

Janhvi Kapoor co-stars with Ishaan Khatter in the Shashank Khaitan-directed film, which is set to hit screens on July 20. Sonam Kapoor's Veere Di Wedding arrives in theatres this Friday.