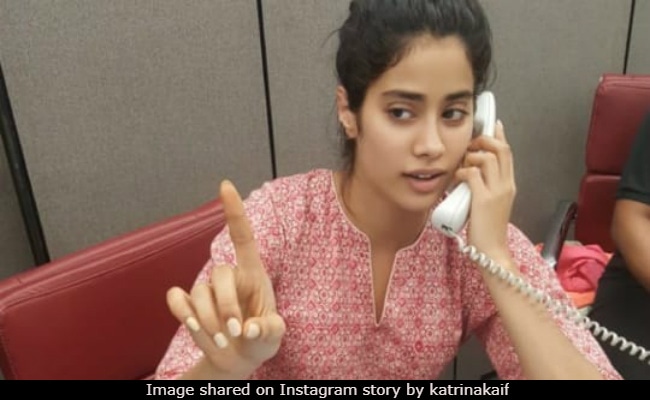 New Delhi: Katrina Kaif and Janhvi Kapoor are gym buddies and on Monday, Katrina made Janhvi trend as she shared a glimpse of her gym diaries on her Instagram story. The 34-year-old actress, known for being the fitness enthusiast she is, shared a photo of Janhvi Kapoor on her Instagram story earlier on Monday and wrote "Gym has a very pretty new receptionist in Janhvi." We'll try to explain what must have happened. From the photo Katrina shared, it appears that Janhvi must have stepped behind the reception counter to make a phone call from the desk - she may have been interrupted during her call and in the photo, she can be seen asking for a moment to let her call be over. Katrina, who is also known for her trending Instagram posts, may have seized the moment to confer the title of "the new receptionist" to Janhvi. LOL.

The photo of Janhvi, as uploaded by Katrina, has delighted social media and went crazy viral on Monday with fan clubs sharing it around on the Internet. Check out what Katrina posted on her Instagram story: 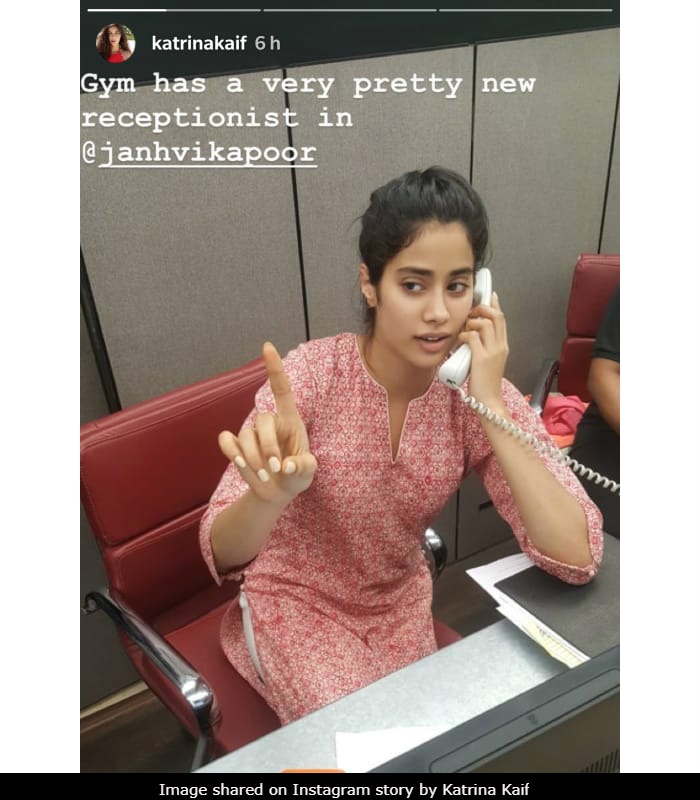 Katrina has quite a bit of a reputation for sweating it out in the gym. On her Instagram posts, she's frequently spotted working out with celebrity fitness instructor Yasmin Karachiwala and experimenting with "innovative" ways of training. Still don't believe us? Take a look:

@yasminkarachiwala innovating ways of using a resistance band @danielbauermakeupandhair doing one of the three things he usually does on set ... dancing working out or makeup

It's not about right or wrong , it's about doing or not , it's about confidence and fear , and most of all it's about is it quiet or noisy in your head - (garyvee)

Meanwhile, Janhvi Kapoor also has an impressive attendance at the gym. She's frequently spotted outside her gym in Bandra and the paparazzi are always delighted to have spotted her. 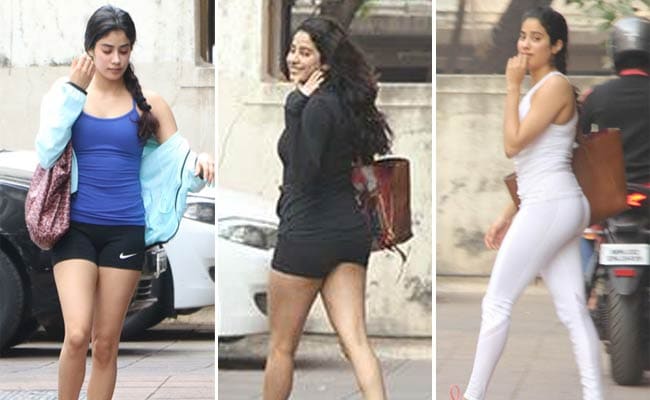 Janhvi Kapoor spotted outside her gym

Promoted
Listen to the latest songs, only on JioSaavn.com
Katrina's reputation as a fitness junkie has also made Alia Bhatt nominate her to participate in the 'Hum Fit Toh India Fit' challenge - a social media campaign started by Union Minister Rajyavardhan Singh Rathore.

Here goes @karanjohar@Varun_dvn@RupalSidhpura ! Fitness is a constant work in progress. The importance of strength, stability & balance is a new goal for me. I nominate my super women who gimme all my inspiration @YasminBodyImage#KatrinaKaif#HumFitThoIndiaFitpic.twitter.com/5s5zDzB3Zl

Janhvi Kapoor is Sridevi's elder daughter and will make her Bollywood debut with Dhadak, co-starring Ishaan Khatter. Dhadak releases on July 20. Katrina Kaif has films like Aamir Khan's Thugs Of Hindostan and Shah Rukh Khan's Zero in the pipeline.