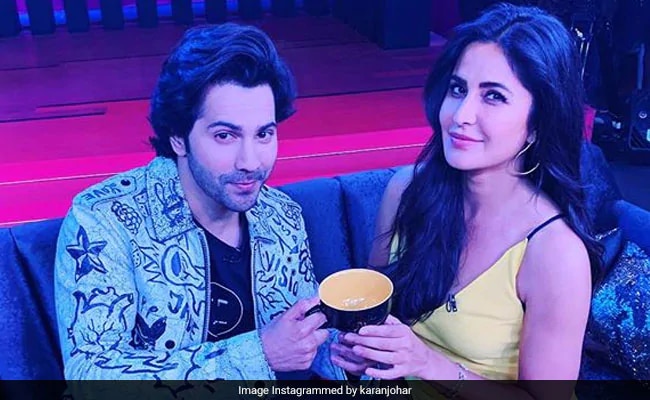 Months after Katrina Kaif opted out of Remo D'Souza's "biggest dance film", Varun Dhawan opened up about Katrina's sudden exit in an interview to mid-day. The 31-year-old actor said Katrina called him up to personally explain that clashing dates is the reason why she had to opt out of Street Dancer: "She called me and discussed why she would have to exit the film. That shows her maturity and respectfulness, and it means a lot to me. I am sure we will work together in the future," mid-day quoted Varun as saying. Varun Dhawan and Katrina Kaif are yet to co-star in a film together.

Varun also revealed that Katrina tried to work out the dates and requested the makers to restructure the schedule: "It would have been a wonderful opportunity, but things didn't work out due to the unavailability of dates. She was keen to do the film and even requested us to postpone it slightly." But the makers of Street Dancer already had certain arrangements in place. "But logistically, that wouldn't have been possible since a lot of arrangements was already done," said Varun.

Katrina notified us about her exit from Street Dancer in December with her spokesperson releasing this statement: "Katrina Kaif had to opt out of Remo D'Souza's upcoming dance film owing to her hectic schedule for Bharat. Katrina has always been a thorough professional. She decided to step out of the film as her dates were clashing with Bharat, which she is currently shooting for. She wishes the team all the best."

Coming to unite the streets. Back with my chirkut #StreetDancer3D bring your team cause I dance to win @ShraddhaKapoor@itsBhushanKumar@norafatehi@Lizelle1238@remodsouza@aparshakti@mohanshakti@punitjpathak@Dthevirus0011pic.twitter.com/PxJoXv5gjK

Street Dancer went on floors earlier this year and is all set to hit screens on November 8.