What Jacqueline Fernandez Wants to 'Achieve' in Bollywood 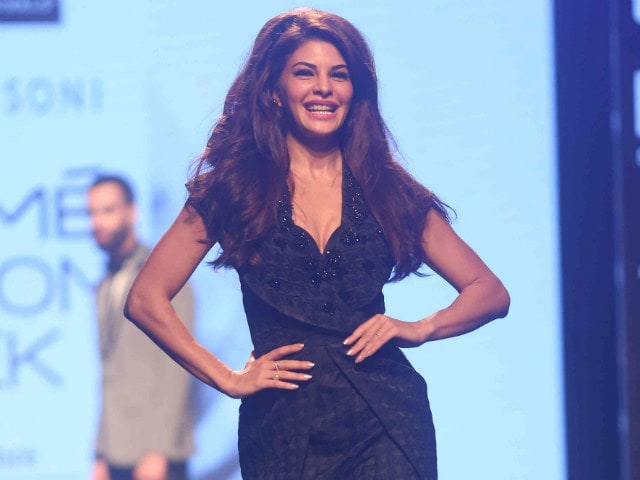 Jacqueline Fernandez photographed at the Lakme Fashion Week in Mumbai.

Mumbai: Actress Jacqueline Fernandez doesn't agree she has "arrived" in Bollywood. She said that there is still long way to go for her to achieve something substantial in the industry.

A former beauty queen in Sri Lanka, Jacqueline forayed into Bollywood with Aladin and has also starred in films like Kick, Roy, Housefull and Dishoom.

She also starred in the recently released A Flying Jatt.

Asked if she feels like going back to her country and doing something for the people there, Jacqueline told IANS: "I have done quite a bit in Sri Lanka. I have worked in Sri Lankan movies and we did something with Miss Sri Lanka pageant as well in terms of mentoring and judging. I think right now in order to do stuff like that (giving back to the people), I want to do establish myself enough first."

"I still feel I have a lot more to do and achieve. Once I am able to do that, I will be able to focus my attention on things like reaching out, helping and giving back to people. It really needs to come at the point when you feel you have enough to give back. Right now I feel I still have to do lot more," said Jacqueline.

She said that there is "still a bit more to go" before she arrives in Bollywood.

Meanwhile, Jacqueline is seen as one of the judges in Jhalak Dikhhla Jaa Season 9.

"We have such an amazing time together and everyone will vouch for that. We all have great, positive energy and the journey is great," she said of the show.

It's not just films. The actress is also enjoying her endorsement deals and the latest is her association with a haircare and styling brand.

The actress also walked the runway on the fourth day of the ongoing fashion week in Mumbai for designer Ashish Soni, who showcased his collection in association with the brand.

Promoted
Listen to the latest songs, only on JioSaavn.com
"I have been very selective with the brands with whom I associate, which is why there are very few but fantastic brands. I only go for brands that I am loyal to, as for me, authenticity is very important. It's the belief that you have with the products, that sells it. If you don't have that belief, people will notice it. A lot of times things do look forced, which I think should not happen," she said.