"Anuji is one of the most loved musicians. I owe a lot to him because I sang my first Bollywood song for Akele Hum Akele Tum movie." 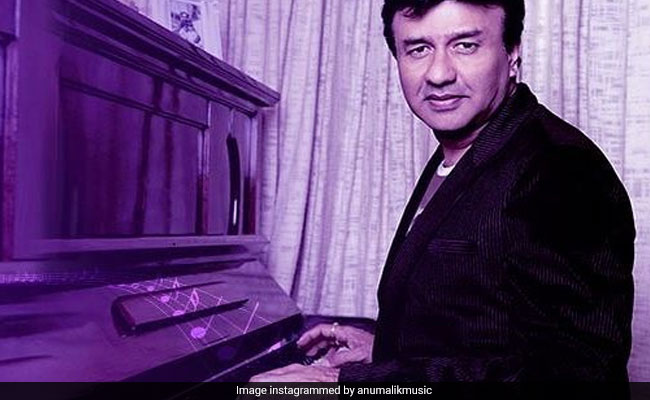 Singer Anu Malik, who resigned from the Indian Idol 10 judges' panel amid the sexual harassment allegations against him last year, will return as a jury member for the upcoming season. Aditya Narayan (Udit Narayan's son), who will host Indian Idol 11, was asked about the makers decision to bring back Anu Malik, when he told news agency IANS at an event in Delhi: "Anuji is one of the most loved and respected musicians. In fact, I owe a lot to him because I sang my first ever Bollywood song for him for Akele Hum Akele Tum movie." Last year's judges Neha Kakkar and Vishal Dadlani will also share the judges' panel with Anu Malik.

Aditya Narayan, who shares a cordial professional rapport with the veteran singer, said he doesn't know him on a personal level but respects him "immensely": "I have immense respect for him but honestly you really don't know anyone completely. You don't know anyone from head to toe even if you have been with them... You don't know every single aspect of their life. There is no point for me on commenting on Anuji and his life. As far I know, he is a wonderful human being. He has always been nice to me. These allegations come from the opposite gender."

Aditya Narayan, who supports the cause of the #MeToo movement, added that the accused should not be barred from working in the industry until proven guilty: "If somebody has not been legally charged of doing something... then you can't really hold a gun to their head and expect them to sit at home. Anuji has a family. He has two wonderful daughters. I am sure the girls are in that age where they need to be supported. I don't know if it's true or not."

"Until proven otherwise, I think you should let the people who are allegedly accused, to continue working. I am not naming anybody... but ya if someone is guilty then that person should be punished," Aditya added.

India's #MeToo movement was at its peak when singer Shweta Pandit named Anu Malik in her #MeToo account, branding him as a "sexual predator" and "a paedophile". Soon after, singer Sona Mohapatra also accused the 58-year-old composer of sexual harassment. Anu Malik, who denied all accusations made against him, stepped down from his post as a judge on Indian Idol and issued this statement, "I, Anu Malik, have decided to take a break from Indian Idol as I am currently unable to focus on my work, my music and the show."

Indian Idol 11 will premiere on Sony on October 11.