"There's no merit in the gossip," said Super 30 makers about rumours that the film has been pushed to August 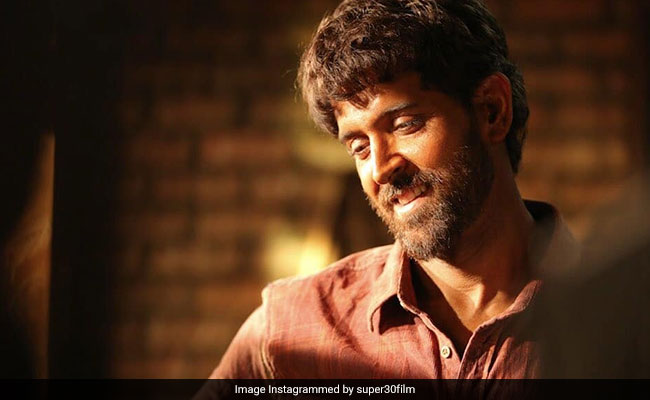 A still from the movie Super 30 (courtesy super30film)

The makers of Hrithik Roshan's Super 30 officially confirmed that the release date of the film will not be changing and the movie will release on July 26 itself, which means it will be clashing with Kangana Ranaut's Mental Hai Kya. The verified Twitter account of Reliance Entertainment appeared to dismiss rumours that Super 30 has been rescheduled for August and said: "There is no change in the release date of Super 30. The film will hit screens on July 26, 2019." Re-confirming the news, Shibashish Sarkar of Reliance Entertainment told IANS said that "there's no merit in the gossip." Initially, Mental Hai Kya was supposed to release on June 21 but was recently postponed to July 26.

There is no change in the release date of #Super30. The film will hit screens on 26th July 2019.@iHrithik@NGEMovies@mrunal0801@TheAmitSadh@nandishsandhu@Shibasishsarkar@MadhuMantena#SajidNadiadwala@super30film

Soon after Mental Hai Kya's new release date was dropped, speculation was rife that the shift in the release date was intentional. On Tuesday, Balaji Motion Pictures, in their official Instagram, wrote a statement clarifying the reason behind Mental Hai Kya releasing on July 26. The post said: "The shift in the release date is a decision taken after recommendations from the distributors, trade analysts and a top research team, keeping in mind the other releases a week before and after this date. We have thus been advised to shift the release of our movie to July 26, purely for business prospects."

The post also elaborated on the clash of the film and said: "On knowing that there is already a movie scheduled for a release on that date, we did everything in our purview to ensure the other parties that there will be no mud-slinging and it will be a dignified release. We stand by assuring that to all other parties. This is a call taken by Ekta Kapoor's Balaji Telefilms considering better prospects for the movie at the box office."

Even earlier, Hrithik and Kangana featured in headlines for a possible clash of their films Super 30 and Manikarnika: The Queen Of Jhansirespectively. Hrithik had postponed his film at that time while Manikarnika made it to the theatres in January. Hrithik Roshan and Kangana Ranaut, co-stars of films such as Super 30 and Mental Hai Kya , featured in headlines all of 2017 for their public feud - she claimed an affair while he denied the allegations. They also exchanged legal notices asking for apologies from each other with Kangana's explosive interviews taking the Internet by storm.