'What Has Padma Shri Got To Do With My Father,' Asks Adnan Sami

Adnan Sami, who became an Indian citizen in 2016 and had expressed his "infinite gratitude" at being chosen for the government award 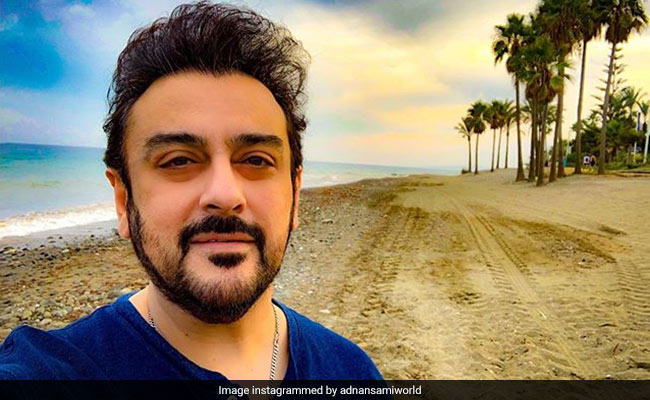 Adnan Sami said "I am not a politician, I am a musician" (courtesy: adnansamiworld)

Pakistani-origin musician Adnan Sami, who is at the centre of a political debate over his Padma Shri award, on Thursday said his name was unnecessarily dragged into the controversy by "minor politicians" trying to gain mileage. Adnan Sami, who became an Indian citizen in 2016 and had expressed his "infinite gratitude" at being chosen for the government award, said he shared good relationships with people across political spectrum.

"The people who are criticising are some minor politicians. They are doing it because of some political agenda that they have and it has nothing to do with me. I am not a politician, I am a musician.

"They have their own political agenda and issues with the government and they are using my name as another stepney to try and further their agenda," he told PTI. The 46-year-old composer-singer was recently involved in an unseemly Twitter spat with Congress spokesperson Jaiveer Shergill. His father's past as a Pakistani Air Force pilot has also drawn criticism but Adnan Sami finds this argument "irrelevant".

"My father was a decorated fighter pilot and he was a professional soldier. He did his duty for his country. I respect him for that. It was his life. He got awarded for that. I did not benefit or credit from that. Similarly he cannot get credit for what I do. What is my award got to do with my father? It is irrelevant."

Politicians such as Maharashtra Minorities Development Minister and NCP spokesperson Nawab Malik had called the recognition to Adnan Sami a damage control move by the ruling BJP government at the Centre for being questioned over the Citizenship (Amendment) Act and the National Register of Citizens.

Adnan Sami said he was ready to face personal and professional criticism but dragging his name into politics was unnecessary. "I am dragged into it because of politics and not because of my art. The irony of all this is that all these wonderful, rosy sentences that art knows no boundaries or art is above politics, why don't they practice that? Leave art and artiste out of this nonsense," he added.

He said during the Congress government's rule he was conferred with the Naushad award and he was a Pakistani citizen at that time. "Now I am an Indian citizen, perfectly entitled to be given this award. They are bringing the Pakistani element, it is funny, hilarious. They are picking up on something because they don't have anything else to pick up on.

"These are all junior guys, either they are trying to become relevant and some of them don't know that their seniors are so respectful. I am friends with everybody, whether it's the BJP or the Congress. I am a musician. I share love through my music," Adnan Sami said.